They renewed their joint determination to build a more open global economy and stand against protectionism, in a bold move towards multi-polarity amid strong headwinds.

As they embarked on their second “Golden Decade” of win-win co-operation, BRICS remain committed to bridge their wealth gaps with the developed world through deepening strategic partnerships.

They will ride the tide of the new industrial revolution, increase economic & cultural exchanges, and build a better shared global community.

BRICS held their first summit in 2009 in Russia after years of dialogue among the first four nations before the induction of South Africa in 2010.

As a group, BRICS account for 42% of global population and 40% of global output; together, they contributed about 50% of global growth in the past decade. Their momentum of growth is now set. Their continued efforts are expected to make global development more balanced, and global peace more firmly based.

IMF’s latest World Economic Outlook Update (July’18) pointed to global growth in 2018 & 2019 at about 3.9%, in the face of robust performance among emerging and developing economies, especially in Asia (around 6.5% in 2018-2019). Growth rates among BRICS vary depending on how global forces interact with domestic idiosyncratic factors. (see table)

Since its first informal meeting in 2006, BRICS had remained committed to synergising the member states’ development strategies and further upgrading pragmatic South-South cooperation in areas such as trade and investment, currency and finance, connectivity, sustainable development, innovation and industrial cooperation.

Also, BRICS has been promoting reform in global governance to make international relations more democratic, and increase the say of the South in global affairs with the aim of helping to boost global growth and maintain world peace and stability.

Over the past decade, BRICS has formulated a series of platforms within its mechanism to deliver tangible benefits to the people of the five countries and beyond. In particular, the founding of the BRICS New Development Bank represents a major contribution to the global financial system.

Significant headway has also been made in relation to high-quality cooperation in trade facilitation, service trade, currency swaps and settlements, and public-private partnership.

As a primary engine of the world economy, BRICS along with other developing countries, has injected fresh impetus into the global economy in the past decade. 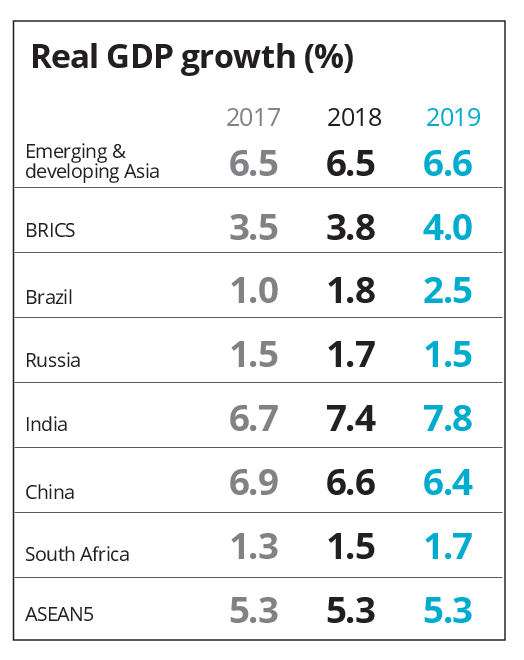 With broadened partnerships, the mechanism can evolve into a more influential platform that facilitates inclusive growth and effective implementation of the 2030 Agenda for Sustainable Development, including poverty elimination. With the rising trend of anti-globalisation, protectionism and unilateralism, most BRICS countries are faced with urgent structural reforms while a more just and equitable world order remains beyond reach.

These challenges and opportunities underline the significance of the recent Johannesburg summit in enhancing confidence, providing solutions, outlining the priorities and mapping out a blueprint to chart the course for the group to expand common development. Here, an inclusive digital development strategy could be a solution to help cultivate a shared and trusted digital environment to drive development and social cohesion.

At the cusp of a new wave of the Fourth Industrial Revolution, digitalisation is transforming industries and business models, spurring trade and competitiveness, expanding access to overseas markets, propelling societies forward and fostering government transparency and accountability. Social inclusiveness becomes a prerequisite for ensuring sustainable growth.

BRICS and African countries will seize the challenges and opportunities presented by the Fourth Industrial Revolution, aiming to create an inclusive society and global partnerships that bring prosperity to all. In its second “golden decade”, BRICS is expected to usher in a digital era and live up to global expectation to promote global growth and multilateralism amid anti-globalization concerns. BRICS rejects a beggar-thy-neighbour approach in favour of a better balanced global economy and multipolar international system.

Highlights of the BRICS Summit of Johannesburg Declaration:

> Recognise the vast potential in advancing the oceans.

> Acknowledge importance of cooperation among BRICS to ensure security in use of information and communications technologies.

> Reaffirm the centrality of a rules-based, transparent, non-discriminatory, open and inclusive multilateral trading system as embodied in the World Trade Organisation (WTO).

> Welcome initiatives to establish a BRICS working group on tourism.

> Emphasise action plan to implement cooperation in the field of culture.

Previous three industrial revolutions were all characterised by transformative advancement in science and technology: rise of mechanisation in the 18th century, harnessing of electricity in the 19th century, and advent of Information Age in the 20th century.

Such breakthroughs have greatly unleashed social productivity and significantly improved people’s living standards. The world is experiencing another revolution in science, technology and industry, which is greater in scope and depth.

New technologies, business models and industries are emerging. Countries around the world have found their interests and future tied together like never before. BRICS will deepen their strategic partnership, and consolidate a framework underpinned by economic, political and security cooperation and people-to-people exchanges.

> BRICS to unlock the enormous potential of economic cooperation by stepping up trade, investment, economic, financial and connectivity cooperation to make this pie still bigger.

> BRICS to safeguard global peace and security, and stay committed to multilateralism;

> BRICS need to build a network of closer partnerships - the “BRICS Plus” cooperation within United Nations, G20 and other frameworks to advance common interests and boost the development space for emerging markets and developing countries.

What then are we to do?

The presence of 22 emerging and developing countries, including 19 from Africa, at the recent BRICS Summit in Johannesburg clearly demonstrated that the developing world and emerging economies as a whole, along with many developed economies, are strongly opposed to the Trump Administration’s trade protectionist policies and punitive tariffs on imports. IMF recently warned that high US tariffs and tit-for-tat response from its trade partners could knock 0.5 percentage points off global growth by 2020.

But Trump has all but ignored the warning. It now appears US trade policies have brought BRICS states closer, and prompted them to unite developing and emerging economies to oppose US policies. With Trump pursuing unilateralism, the fate of international agreements (including WTO), now appears under siege. In such circumstance, BRICS is perhaps one of the most important groups that is openly opposing protectionism and promoting globalisation and free trade, and has thus emerged as the potent force against US unilateralism.

BRICS nations are all politically powerful within their own sphere of influence. As the power of the US on the international stage wanes, there is room for BRICS to play a greater role in driving global change. All are on the same page regarding key issues confronting world trade. China is by far the biggest economy among the BRICS.

As such, it wields tremendous financial clout. It also helps that trade between China and Africa is robust. China is Africa’s main trading partner. Also, China’s Belt & Road Initiative (BRI) is highly supported, especially in Africa. BRICS Summit does present an opportunity for China to win over new supporters. In all, China could well emerge as a strong leader.

I reckon there is sufficient clout in China to make great strategic strides. China can be expected to hold high the banner of peace, development & win-win cooperation, advancing the building of a community of shared values, actively participating to reform global governance, and promoting the benefits of BRI.