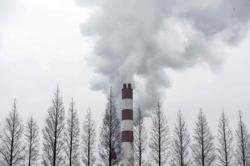 Fuel source: A tug boat pulls a coal barge along the Mahakam River in Samarinda, East Kalimantan. Coal plays a large role in Malaysia’s energy scheme and is fully imported, with some 63 is imported from Indonesia. — Reuters

PETALING JAYA: Global coal prices, which have been on a steady rise, hit a six-year high early this month, increasingly putting pressure on the power generation industry in the country.

Coal plays a large role in Malaysia’s energy scheme and is fully imported. Some 63%, is imported from Indonesia, with another 24% coming from Australia and the remainder from nations as far away as Russia (11%) and South Africa (2%).

Penisular Malaysia’s power generation is highly dependent on fossil fuel with 53% coal, 42% natural gas and 5% hydro, together with other forms of renewable energy (RE).

Australian thermal coal prices have broken through US$120 per tonne for the first time since 2012, driven by strong consumptions in Asia. Spot prices for thermal coal from Australia’s Newcastle last closed at US$119.30 per tonne, the highest level since October 2011.

Similarly, Indonesia’s Ministry of Energy and Mineral Resources set its July thermal coal reference price at a six-year high of US$104.65 per tonne, recording a rise of 8.3% month-on-month and 32.6% from a year ago.

’s (TNB) average coal price stood at US$92.1 per tonne. The utility giant consumed 7.1 million tonnes of coal during the quarter to generate electricity.

In addition, global natural gas prices are increasing for the first time in two years as demand jumps in Asia, Europe and the United States.

The escalating cost of electricity generation has to be adjusted in the form of imbalanced cost pass through (ICPT) rate.

In Peninsular Malaysia, electricity tariff is determined by the Government through a globally-accepted framework called Incentive Based Regulation (IBR).

The IBR provides a mechanism called ICPT which allows adjustment of fuel prices for electricity sector every six months. Changes in prices of fuel for electricity generation are reflected as a varying rate of a rebate or surcharge.

In a recent announcement, the Energy Commission said the implementation of the ICPT would continue for the period between July 1 and Dec 31, 2018 at an average base tariff rate of 39.45 sen per kWh.

It explained that due to the higher fuel and generation costs for the period of Jan 1 to June 30, 2018, 1.35 sen per kWh ICPT surcharge has to be imposed on non-residential customers.

In the first RP, part of the escalation in fuel cost was cushioned by the Electricity Industry Fund (EIF) or more commonly known as Kumpulan Wang Industri Elektrik. The fund originated mainly from savings gained from power purchase agreement renegotiation.

For the July-Dec 2018 period, a surcharge was announced by the EC, the first time since IBR was introduced. The surcharge is applicable to commercial and industrial users as the Government is spending RM114mil of EIF’s existing RM760mil so that 81.7% of electricity users (residential customers) do not need to pay the electricity surcharge.

The usage of this fund is to partly offset higher global coal prices and the impact of exchange rate volatility which have amplified the increase of coal prices for the energy sector. In the first RP, RM6.3bil in rebate has been passed through to customers.

Analysts said while the impact of ICPT mechanism is neutral on TNB, the imposition of surcharge for the first time after seven cycle of rebates reflects ICPT rebates is unsustainable when coal and gas prices continue to escalate.

With both fuels imported, a weak ringgit versus the US dollar will only exacerbate matters. As such, commercial and industrial should take measures to cushion the effect of surcharge through various measures such as energy efficient practice, energy monitoring products, energy audit and power factor solution.

Energy Watch Malaysia via energywatch.com.my gave an example that through power factor solution (power factor is a measure of how effectively incoming power is used in your electrical system), users can save up by 20%.

“In a 2013 case study, an upfront investment of just RM15,000 for power factor solution for a 12-storey office building has unlocked savings of RM300,000 per annum,” said the portal. 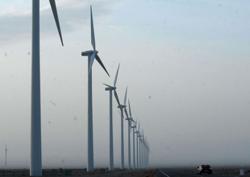 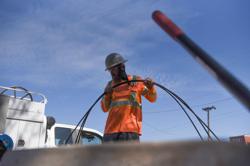