Parkson Holdings to expand in new malls, pull out from less popular ones 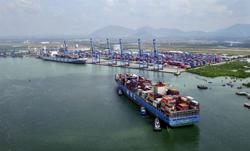 is looking to open in several new locations with a presence in newer and more exciting malls while exiting those that do not fit in with the company’s market dynamics.

The Malaysian department-store operator with a regional presence said it was looking at a few strategic areas in Damansara, Bukit Jalil, Klang and Melaka as possible locations for new stores.

“In China, we plan to open two in the near future, with a few more in the pipeline,” a company spokesperson said in an email.

The spokesperson said the dynamic and evolving nature of the retail industry means that certain older malls have become less relevant compared to other newer malls with features appealing to shoppers.

“Hence, the closing and opening of stores is part and parcel of the business,” the spokesperson said, referring to last month’s closures of two stores in the heart of the city.

Currently, Parkson has 114 stores in the region with 44 in Malaysia occupying a total of five million sq ft.

While exiting from malls that do not fit into the brand image, the spokesperson said the company will take up larger spaces on a net lettable basis in newer malls. The spokesperson noted that the company’s strategy will ensure that the brand stays relevant, noting that both MyTown and Sunway Velocity malls which are only 1km apart have Parkson stores and cater to different markets.

The spokesperson said Velocity catered for the young and fashionable while MyTown catered more for the family crowd.

“They are observed to have different racial and cultural mix,” the spokesperson said.

Besides the two closures in Kuala Lumpur, the regional mall operator also closed Parkson Flemington in Ho Chi Minh City, Vietnam, on Feb 26. It closed the Sungei Wang Plaza’s 107,000 sq ft outlet, which opened in 1987, on the same day.

The spokesperson said while Sungei Wang Plaza used to be a popular hangout several decades ago, the market dynamics have changed.

The company closed the 220,000 sq ft Maju Junction outlet, located at the Jalan Sultan Ismail-Jalan Tunku Abdul Rahman intersection, in early February. It was an anchor tenant of the mall and started operating there in 2014.

“We have to react quickly to be at the right place where the market and customers congregate. Those that do not have these criteria may have to be replaced.”

“Firstly, it requires consensus from the owners in the mall before any action on refurbishment and reconfiguration can be done. “Secondly, it is difficult for the management to change the configuration of the retail shops based on market changes due to multiple ownerships.

This challenge also applies to the strata-titled Pertama Complex and Campbell Complex.

According to Capitaland Malaysia Mall Trust

in a report from last year, the retail industry remains challenging. The opening of various new malls in the Klang Valley within a stone’s throw of each other and an oversupply of mall space have impacted the retail scene.

While the more popular malls never seem to lack visitors, those with lesser pull have suffered. The emergence of online retail is another factor.

On the closure of Parkson Flemington in Ho Chi Minh City, the spokesperson said: “As in every business, we have to know our market and this applies to all the markets we are in. Our strategy is to identify and be present in such markets with the right demographics, population size, disposable income and, of course, the right location.

“In order to have the sustaining power to remain ahead, we have to diversify our offerings and stay focused on our customers’ needs and wants.”

Parkson became one of the leading retailers in Vietnam by building a chain of retail stores in Ho Chi Minh City, Hanoi, Haiphong, and Danang. Competition came. Since 2014, Parkson has yet to open any new stores in Vietnam. Parkson Flemington was the fourth store that closed since it entered that market in 2005. 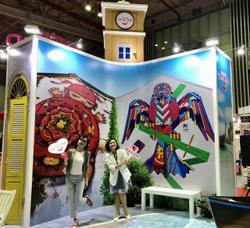 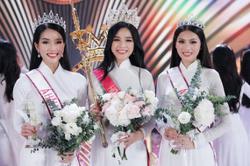