“After completing 2,000km of testing and commissioning for service and boosting additional new features, the vibrant new formed four-car train was put into service - a few hours after the final pre-operation run with Rapid Rail chief executive officer Datuk Zohari Sulaiman and key members of the project team from Prasarana Integrated Management and Engineering Services (PRIME),” Prasarana said in a statement on Friday.

“Today is indeed an historic day for Rapid Rail, PRIME and Prasarana. This is again part of our continual efforts to transform the urban rail services in Malaysia. With additional capacity, the new four-car trains will ensure more comfort and less waiting time for passengers.”

Prasarana said passengers would have a more pleasant journey with the new and enhanced features of these trains.

“Apart from vibrant new signage, the additional new features include dynamic route map display to indicate direction of travel, previous and arrival station, and next station information. The new trains will also feature an enhanced rail lubricator system to reduce noise between rail and wheel interface, new LED lighting as well as the passenger information system (PIS) for infotainment, four units of CCTV and a designated wheelchair area for the OKU (persons with disabilities) in each car,” Zohari said.

According to Zohari, the project involves the refurbishment, rectification, upgrading works, coupling of 34 sets of two-car train to form 17 sets of four-car train and upgrading of the wayside systems.

“Basically, what we did is cut off the front ends of two two-car sets and marry them together, to transform them into a four-car set with added new features. These two-car sets are inherited by Rapid Rail when Prasarana took over Putra LRT. So, these two-car sets have been operational since 1998 and due for mid-life refurbishment,” he said.

He said that next married four-car trains would be delivered in stages between 2018 and 2020. 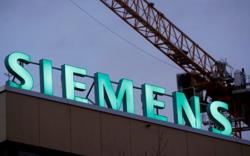