Growing market: OTT is experiencing explosive growth in many parts of the world, including Malaysia. Locally, Star Media Group recently celebrated the first year anniversary of its OTT content business dimsum, which focuses on Asian content and programmes from Asia.

IN Hong Kong, the media scene is abuzz with news of the revival of the city’s oldest TV station, Asia Television (ATV).

ATV had ceased operations last year, crippled by mounting debt with stories of unpaid salaries of its employees often making the headlines then.

But this week ATV made a comeback with a launch at a glitzy event held at Hong Kong’s Ritz-Carlton Hotel.

This, after reportedly spending about a whole year in debt restructuring.

The white knight that has taken over ATV is Hong Kong-listed Co-Prosperity Holdings Ltd, which has reportedly pumped in millions to settle debts and to revive ATV.

Co-Prosperity has said that it intends to take advantage of ATV’s 50,000 square-metre production facility as well as its film library and archives , making known its intention to turn ATV into a production house. 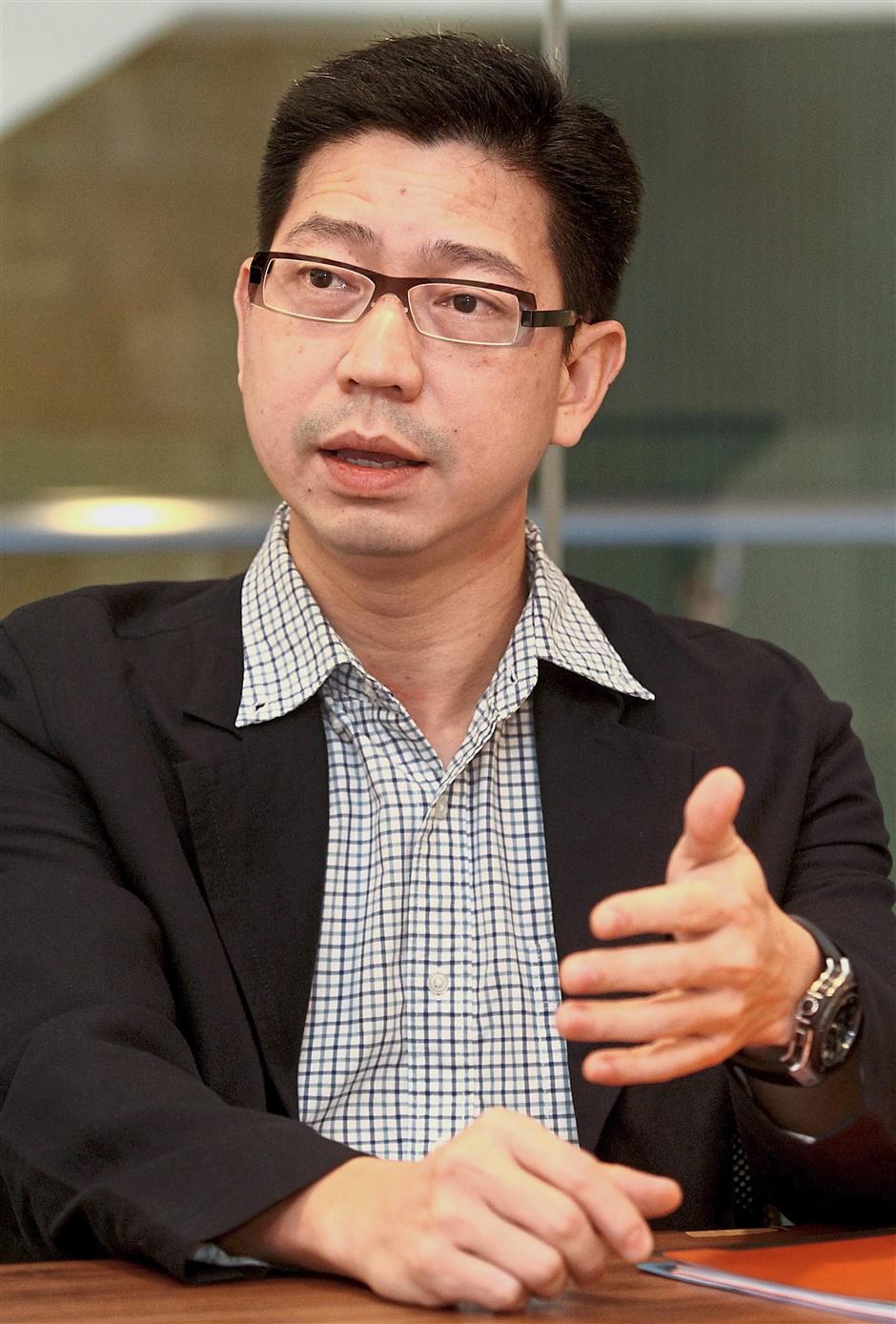 TAn:We are positive potential of this JV as we are looking to reach more than 18.9 million Malaysians, which is close to 60% of all malaysian households, by the end of 2019.

And here’s where the story gets interesting: Co-Prosperity, which has a market capital of some HK$2.5bil (RM1.3bil) happens to also be the same company which has taken a controlling stake in Bursa Malaysia-listed YONG TAI BHD

, the company which is building the ambitious Impression City project in Malacca, seeking to tap on Chinese tourist arrival potential.

As it stands, Yong Tai isn’t the only Malaysian play for Co-Prosperity now.

At ATV’s re-launch this week, an announcement was made that it will be teaming up with another Bursa-listed firm, GREEN PACKET BHD

, the technology firm which is rebuilding itself after falling off from investors’ radar in recent years.

After months of discussions, ATV and Green Packet have now formed a joint venture to operate three digital free-to-air channels in Malaysia.

What is impressive is that as part of the deal, ATV will be pumping in HK$50mil (about RM26mil) into the JV company called Kiple Media to operate broadcasting television channels in Malaysia.

CC Puan, Green Packet’s founder was quoted as saying this: “We are making significant commitments to improve broadcasting television channels in Malaysia. The broadcast industry is in a unique position to usher in a new era of television.”

But what exactly is Green Packet’s television play?

It has been reportedly linked to the digitalisation efforts of terrestrial TV undertaken by MYTV Broadcasting Sdn Bhd.

It was previously reported that Green Packet was close to bagging a contract to supply set-top boxes to MYTV, which owns a concession to provide terrestrial TV services countrywide.

Industry sources confirm that set-up boxes being produced by Green Packet (as part of its hardware business) fulfill the criteria for such a supply.

Recall, MYTV had been selected back in 2014 to spearhead the national digital terrestrial television (DTT) rollout.

Its role is to be the infrastructure developer and sole provider of myFreeview for a 30-year period. myFreeview is the name given to Malaysia’s new DTT service.

To be sure the work is not complete yet.

But, things have been picking up since the beginning of this year and MYTV has already rolled out most of the network infrastructure covering most parts of the country.

It has also dished out around 500,000 decoders or set-top boxes.

To this end, the Government has said that a total of 4.2 million BR1M (1Malaysia People’s Aid) households will receive free MYTV decoders.

MYTV declined comment but has previously mentioned that they are working on a new generation of set-top boxes, which will be Internet enabled such as having a WiFi module (which helps in collecting viewership data for advertising needs) and to support over-the-top (OTT) video streaming, the term used for the delivery of film and TV content via the Internet and provided by various parties, including existing traditional TV content companies.

Notably, OTT is experiencing explosive growth in many parts of the world, including Malaysia.

Back to the ATV deal, Green Packet group CEO Tan Kay Yen says the company is currently working on obtaining the Malaysian Communications and Multimedia Commission’s approval for a contents service provider licence as well as working on finalising business strategies with ATV which may take about three months.

“We are positive on the potential of this joint venture as we are looking to reach more than 18.9 million Malaysians, which is close to 60% of all Malaysian households, by the end of 2019,” says Tan.

He says ATV will offer self-produced content to the JV company and also assist in acquiring third-party content.

This ATV deal falls under Green Packet’s media business which encompasses both the supply of media equipment and delivering of media content on various platforms.

Tan says the media business will be one of the company’s new focus areas as it completes its offerings in the technology, media and telecommunication space.

In the area of fintech, it made its foray into the mobile payment solutions segment in January when it completed the acquisition of an 80% equity interest in Webonline Dot Com Sdn Bhd, a Bank Negara Malaysia e-wallet license holder.

Subsequently, Green Packet piloted its very own Kiple application that functions as an e-wallet for offline payments.

Its IOT interest meanwhile is held via G3 Global Bhd

As for what shareholders can look forward to from Green Packet in the coming year, Tan says the firm expects its solutions and communication businesses to continue to show healthy earnings next year.

As for its new businesses which are fintech, IOT and media, he expects these to start contributing to a “higher growth in revenue” but did not provide any projections.

On the whole, the company is not expecting a strong earnings growth in the coming quarter as it will continue to invest in its new businesses which are fintech and IOT, Tan adds.

Green Packet reported a net loss in its most recent quarter.

“Our income statements are (being) impacted every quarter by close to RM4.5mil interest costs arising from our exchangeable medium notes,” says Tan.

“However, there is no negative cash flow impact as the interest costs do not need to be paid up in cash but accrued in nature only.”

Investors will recall that in 2014, Green Packet had reduced its majority stake in its heavy-capex broadband business, Packet One Networks (M) Sdn Bhd’s (now known as webe) by selling a 57% stake for RM350mil to TELEKOM MALAYSIA BHD

It still holds a 13.2% fully diluted shareholding in TM.

As part of the deal, TM had agreed to subscribe to RM187mil of Green Packet’s issued redeemable exchangeable bonds.

The loan structure is advantageous to Green Packet in a sense because the debt, cumulative of principal and interest costs, are not payable until 2022 and are fully exchangeable for P1 shares held by TM.

Based on Green Packet’s latest balance sheet, it has cash and cash equivalents amounting to some RM49mil with long-term borrowings of RM230mil.

At last look, shares in Green Packet traded at 51 sen, a shade below its year’s high of 53.5 sen.