Pavilion Damansara Heights is ‘the address’

Unique advantage: Lai says a unique selling point of the project is that it faces the Sprint highway and sits between two MRT stations.

DAMANSARA Heights or Bukit Damansara, an exclusive and affluent neighbourhood in Kuala Lumpur, looks set to level up its appeal as being “the place” to work and live in Malaysia with the upcoming Pavilion Damansara Heights development.

At a time when developers are scaling back their projects and offering more affordable range homes, the Pavilion Group, in collaboration with the Canada Pension Plan Investment Board (CPPIB), is bucking the trend with the mixed integrated development – which has been wooing affluent buyers and investors alike.

Slowdown or not, the key to success in the property market is to be able to offer customers what they want, says 1Pavilion Property Consultancy Sdn Bhd sales and marketing director Datuk Tracey Lai.

“The vision for Pavilion Damansara Heights was that Damansara Heights is ‘the address’ and there have not been many developments in this location. This is because there’s very limited landbank in the area,” she tells StarBizWeek.

Lai says a unique selling point of the project is that it faces the Sprint highway and sits between two MRT stations.

“So we have a very strong basic foundation for the project. We already have the connectivity – it’s two stops from KL Sentral. It’s unique and I don’t think there will be another similar kind of development coming up anywhere near it with this kind of size.”

The 16-acre Pavilion Damansara Heights project, which will have a gross development value of RM9bil, will have a total of 10 office blocks, of which eight are en bloc sales, and two on strata basis. Seven of the en bloc sales have already been formally acquired.

“These are boutique blocks. The planning is that offices are part of the support element. For en bloc buyers, they get full visibility. Because of its unique position, it is advertising itself as they can be seen and they are also accessible. So these have been key selling points for the corporate towers.”

In recent years, the local office property market, especially within the Klang Valley, has been experiencing a glut.

Pavilion Damansara Heights will have about 1.5 million sq ft of office space, a third of which will be in the last and highest block. All eight blocks will be acquired by corporate companies or corporate figures. The smallest is an 11-storey block with a net lettable area of 75,000 sq ft.

Dining space: A shot of the dining room at the show unit from Pavilion Damansara Height’s luxury residences.

The development is part of the larger Pusat Bandar Damansara, which has a 46-acre foot print which the Pavilion Group shares with a couple of other developers.

Lai says an added appeal to the corporate towers within Pavilion Damansara Heights is that the buildings are designed for BCA Green Mark accreditation. This is a green building rating system that evaluates a building for its environmental impact and performance.

“The buildings are also designed for MSC status. With this (BCA and MSC) dual compliance, rental yield and appreciation is generally higher. This is however only achievable for newer built projects,” she says.

Lai says the integrated development, which would also feature a retail component, will be complemented by the offices.

The Pavilion Damansara Heights development will also have about 1,300 residential units, with sizes ranging from 600 sq ft to 2,800 sq ft.

Lai says the interest so far for its residential blocks has been in the larger units, which again bucks the trend because other developers have reported interest in smaller units of about 1,000 sq ft and below.

“By the end of 2017, we will be launching two of the residential towers consisting of 746 units. We anticipate at least 85% take-up rate by the end of the year. We project the first to sell will be the bigger units as we see many people moving out from their bungalows.”

Prices average RM1,800 per sq ft and close to 2,500 have registered their interest, says Lai.

“The best thing to invest in currently is property. With the depreciation of the ringgit, it’s expensive to purchase overseas. So buying locally is the best option right now.

“And Pusat Bandar Damansara is the perfect fit. I don’t think you’ll find anything quite like it now.”

But don’t just take Lai’s word for it. The trendy Damansara Heights suburb was recently named by Lonely Planet as one of the “10 world’s coolest neighbourhoods to visit” alongside suburbs in great world cities like London and New York City.

A shot of a show unit from Pavilion Damansara Heights luxury residences.

“One of the richest addresses in Kuala Lumpur, this neighbourhood has retained its personality despite its recent revitalisation,” Lonely Planet writer Kong Wai Yeng wrote in the description of Damansara Heights.

She continued to name several popular eateries in Jalan Batai that has developed the neighbourhood into a “community-focused street replete with eateries and cosmopolitan conveniences”.

In addition to the commercial offerings, she says Bukit Damansara has a slightly nostalgic edge attached to it and also a strong community spirit that makes it an interesting neighbourhood.

Lonely Planet is the largest travel guide book publisher in the world. Damansara Heights is the only South-East Asian neighbourhood in the list.

The other neighbourhoods named are Borgo San Frediano in Florence, The Triangle in Lisbon, Vesterbro in Copenhagen, Sunset Park in New York City, Botafogo in Rio de Janeiro, Frelard in Seattle and Tooting in London.

The two other Asian neighbourhoods in the list are Seongsu-dong in Seoul and Business Bay in Dubai.

During the interview earlier this week, Lai says the Pavilion Group had only opened its gallery doors for just four days – but take up for the units had been overwhelming.

“The potential customers have been from the surrounding location. We’ve not targeted the foreign market at all – the take-up is all local.”

So great has the response been from local buyers that Lai says the group hasn’t even had time to advertise its products overseas.

“We do have a database of foreign buyers – it’s quite globalised. But the take-up rate was so fast we didn’t have time to market it to foreign buyers. We’re opening it up to our local database first because they’re familiar and trust the brand.

“We did a lot of research – many hours went into the planning. At the end of the day, it’s also how we target our buyers as well. We need to know what they want,” she says, adding that the group will open up registrations to more foreign buyers for the next phase of the project, which it intends to launch next year.

“This is crucial to ensure buyers can continue to have faith in the brand,” she says.

“Everyone knows the Pavilion name and the strength of the brand, but it’s not just for retail. When we started, the first project that we launched was Pavilion Banyan Tree and the sales take-up rate was actually quite unexpected because of the price range as well (around RM2,000 per sq ft).

“It was one of the first hotel-branded residences at the time, we had 441 private residences and we sold most of it over a six-month period. Initially we thought we had to target overseas buyers but there was a lot of local take-up.”

Lai adds that the group then moved on to launch Pavilion Hilltop in Mont Kiara.

“Again, at that time, there was a lot of talk that the market would be stagnant – and even the price range (between RM900 per sq ft and RM1,000 per sq ft) was above the market right at the time. Bankers were also asking “can you sell in this market?”

“And I think at the time, we were still in the depth of the financial crisis.”

In spite of the timing, Lai says sales for Pavilion Hilltop were brisk.

“Effectively, the sales for our project in Mont Kiara was equally good – it was fast and strong. After that we launched Pavilion Suites in Kuala Lumpur, which was the most expensive condominium in Malaysia at the time.

“We averaged at RM3,500 per sq ft and peaked at RM4,000 per sq ft. All 383 units have been fully sold. Projects like Pavilion Suites – it was very exclusive, mostly by invitation only or word of mouth.”

“Everybody seems to be going into integrated developments. It’s a changing lifestyle as well. People’s expectations, needs... they want convenience. Many people are also downsizing. The whole socio-demographic needs have changed.”

The retail mall, nine out of 10 office blocks and the majority of the residential units are expected to be completed in stages by 2022.

“It is just five stations between Pavilion Damansara Heights and Pavilion Bukit Bintang MRT. The MRT had a ridership of over 7.4 million from December 2016 to August 2017 and it serves as a corridor with an estimated population of 1.2 million.

“This is a high and growing catchment for the mall to capitalise on, in addition to serving the convenience for mall retailers and employees.”

“We are in an affluent location in Kuala Lumpur, surrounded by exclusive neighbourhoods, generating a niche catchment for the mall and retailers.”

The Pavilion group is best known for operating the upmarket Pavilion KL mall.

It has been reported that the local retail property market is currently facing a glut. With some 40 malls gearing up to enter Greater Kuala Lumpur by 2020 – a dozen of which are boasting a net-lettable area (NLA) of one million sq ft, the local retail market is set to be challenging.

Currently, it is anticipated that there are about 250 malls within the Klang Valley.

Yap says that with so many malls offering standardised retail, people are seeking new experiences.

“Pavilion Damansara Heights will carve a niche for itself by offering an unprecedented retail positioning,” she says, adding that the Pavilion retail brand has achieved much success and global recognition.

In August, the Pavilion Group unveiled plans to develop the Pavilion Bukit Jalil City mall and has targeted sales of RM1.7bil in its first year of operations.

During the unveiling ceremony, Yap revealed that the group has plans to differentiate the upcoming mall by attracting shoppers with new brands and concepts.

Yap says the mall, which would open for business in 2020, has received more than 1,000 registrations from prospective tenants already – debunking the widely-held view that a glut remains in the commercial property space.

With a net lettable area of 1.8 million sq ft, the Pavilion Bukit Jalil City mall is set to be a regional mall in terms of brand mix, flagship stores and concept.

Yap expects the mall to have an occupancy rate of over 70% when it begins operations in three years. 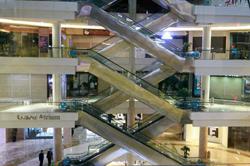