Many issues need to be addressed to solve the problems

THE landed unit was located in a gated and guarded community and cost nearly RM2mil.

Although the owner did not live there, he renovated the place to the extent he changed the facade of the house. He kept the place vacant.

He also did not pay the maintenance charges which ran into tens of thousands of ringgit.

The management corporate failed to contact him and when she finally reached him, he was threatening.

Clearly, here is a bloke who has the money but is not ready to live by the rules that govern strata developments.

“He is a gangster,” says the staff of the property management company overseeing the place.

Clearly, all and sundry make up a community in a strata project.

Going forward, these “people” issues are expected to intensify. Earlier this week, hardcore defaulters of monthly maintenance charges and the seizure of personal properties were reported.

The Strata Management Act 2013 which came into force in most states on June 1, 2015 empowers management bodies to take action on defaulters, with the backing of local councils and the Urban Wellbeing, Housing and Local Government Ministry.

There are those who are for and against the Act.

But even as rules and laws are being enacted to govern how people live, there will be many who will oppose or abuse the rule of law. The abuse and breaking of the law is not committed by residents and owners alone. It can also be committed by members of the management committees and even by developers, as brought up by City Hall’s commissioner of buildings legal department and other panelists.

Raid and confiscate was the last resort, she said.

“Posting their names on the notice board and blocking their access cards had no effect,” she said.

Siti said electrical goods were seized and auctioned off to pay the ballooning maintenance debt. Collection improved considerably after that, she added.

Siti said people who bought into projects which come with a monthly maintenance charge go into such contracts with their eyes open and should live by the rules.

She played a video of an auction with the sheepish owners sitting among bidders with the electrical items lined up in a row. There was no display of anger on the part of those whose household items were seized, just a look of helplessness and hopelessness.

Unpaid maintenance charges probably constitute the bulk of the complaints. However, no statistics or total outstanding dues were highlighted by the different government authorities at the dialogue.

This money goes into the upkeep of such properties.

On the other hand, defaulters argue that if building management bodies were to fulfil their duties and really look into the upkeep of their properties, this would not be an issue.

A panelist at the same strata management dialogue offered another perspective.

They may owe a debt to one party, but when all debts have been “crystallised”, the Insolvency Department has a stake in the matter if the defaulter has been declared a bankrupt, said Lai.

A bankrupt is unlikely to keep up with monthly maintenance charges, he added.

Whether it is personal financial mismanagement, a victim of habitual debtor syndrome, or plain forgetfulness, unpaid dues can snowball and implode, as highlighted earlier this week when five units in a Bangi, Selangor apartment were raided and their electrical items seize.

This financial dilemma on the part of defaulters carries with it social and personal consequences that go far beyond one’s inability, or unwillingness, to pay one’s dues.

However, large outstanding monthly charges result in poor upkeep of a property.

The current slow property sector and oversupply of high-rise residentials has resulted in owners unable to get their asking rent or price.

The oversupply of high-rise residential developments has not helped. This has led owners to put up their units for short-term stays.

Some have registered their properties under AirBnB.

This has resulted in a rise in complaints with regard to short-term stays among owner-occupiers, according to the commissioner of buildings at City Hall.

Its legal officer Mohd Azmi Mohd Shari says short-term rental has its implications to the unit owner, other residents in the block and building management bodies. It also affects other parties indirectly.

Although there are various emerging issues, Azmi highlights the use of public areas among short-term occupants.

“The public areas are for residents and not for those staying short-term. Giving them access to the pools and other public areas will need a change in by-laws,” he says.

Although it is not obvious to many, Azmi says strata properties involve many parties – owners and tenants, commissioner of buildings, government agencies, police, anti-corruption agency, building management bodies, current and future buyers/tenants. 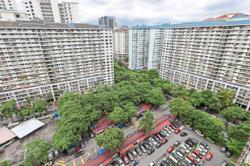 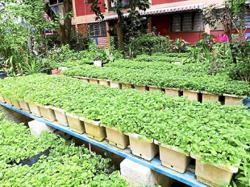