EPF: Freelancers need to save for their retirement too 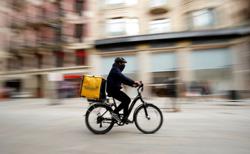 KUALA LUMPUR: For freelancers and online entrepreneurs, it’s never too soon to start saving for retirement.

This fastest-growing segment of the job market is left out of the formal social security coverage. To encourage the self-employed people to plan for their future, the Employees Provident Fund (EPF) is calling on the government to provide more incentives under the 1Malaysia Retirement Savings Scheme (SSP1M).

The scheme was introduced in 2010.

“A lot of people are making money in the gig economy now, but if they don’t understand that they also need to save for retirement, they will be in trouble when they retire,” said EPF deputy chief executive officer (strategy division) Tunku Alizakri Raja Muhammad Alias.

“We need to make sure that people understand the importance of retirement, of which financial literacy is a key factor. About 70% of Malaysians are below the global level of the acceptable financial literacy rate,” he told reporters at the International Social Security Conference 2017 here yesterday.

The EPF is asking the government to increase its contribution in SSP1M to promote savings among the informal sector workers.

Under the SSP1M, on top of the scheme’s annual dividend, the government contributes 10% with the maximum amount of RM120 per year to self-employed individuals or individuals without a fixed monthly income such as taxi drivers.

“Only in recognising the implications of such changes on the current social protection landscape would it enable us to explore ways to respond effectively. We need to ensure that the social protection ecosystem remains relevant in line with the latest developments in the market,” EPF chairman Tan Sri Samsudin Osman said.

He noted that people who seized work opportunities in the “gig economy” are often left out from social security coverage.

The gig economy refers to workers who get paid for flexible “gigs” they do, which is normally associated with food delivery, online businesses or car hailing drivers.

According to the EPF, the gig economy is growing at a faster pace than the traditional job market,

“About 20% to 30% of the global workforce is pursuing freelance opportunities. In Malaysia, the growth of the gig economy has increased by 31%,” Samsudin said.

While the gig economy freelancers are offered independence and flexibility of working hours, they are not entitled to company-sponsored retirement savings.

The EPF oversees a mandatory retirement savings scheme for all private and non-pensionable employees in the country.

Under the EPF’s scheme, employers are required to contribute about 12% of employees’ monthly salaries to their retirement, while the employees contribute 11%.

He said about 10% of the total workforce in Malaysia was covered by the civil servant pension scheme, 40% was under the retirement scheme provided by the EPF, and about 50% fell under the informal sector.

Samsudin said that self-employed individuals in the gig economy are considered to be under the informal segment. 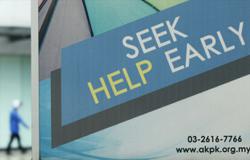 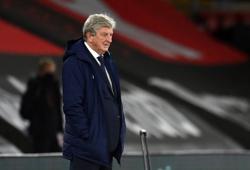