Parkson’s decline a sign of the times for retail stores

Stiff competiton: File picture showing workers sorting out packages at an express delivery company in Beijing. Like many other traditional retail stores, Parkson has no answer to the rapid rise of e-commerce. Apart from AliBaba, there are many other websites that cater to e-shoppers. – AFP

IT came as a shock when I was told that an Indonesian masseur based in Petaling Jaya orders baby napkins for her newborn online. That to me was the ultimate testament of the fate of Parkson and its travails in China.

For the longest time, the Lion Group’s greatest success story in China was breaking into the retail market through its Parkson chain of outlets. Since it started operations in the 1990s in Beijing, the operations of Parkson in China have been a roaring success.

However, in the last five years, the profits have been trending down and in the latest financial year, Parkson Retail Group Ltd (PRG) chalked up losses. According to the company, which is listed in Hong Kong, the losses are due to expenses incurred from a one-off litigation suit.

This may have been the case for PRG last year. Notwithstanding the cost arising from the suit, PRG would have been in the black, the company had stated in its annual report.

However, the overall downward trend in the profitability of PRG is obviously based on its declining margins.

Five years ago, the retail chain enjoyed an operating margin of more than 9%. In 2014, the margins based on its turnover and operating profit were down to less than 2%.

The reason for the declining profitability points to the likes of e-commerce websites such as AliBaba that have taken China by storm.

Five years ago, Parkson’s success story in China was the epitome of the Lion Group’s perseverance in breaking into that country where competition is stiff. The middle-class population in that country is now 300 million and expected to grow to 500 million in the next 10 years.

Parkson, which has a presence in 34 cities and operates 59 stores, was positioned as the best retail outlet to take advantage of the growing spending power of the consumers in China.

However, it is not the case now. Like many other traditional retail stores, it has no answer to the rapid rise of e-commerce. Apart from AliBaba, there are many other websites that cater to e-shoppers.

Five years ago, the view was that technology could not replace certain brick-and-mortar businesses such as retail outlets. The “feel-and-touch” experience was irreplaceable and could withstand the onslaught of online shopping.

However, increasingly, there are other factors that have come into play affecting the sales in retail outlets and outweighing the “touch and feel” effect.

Primarily, it all boils down to the goods being way cheaper when purchased via e-commerce websites. Firstly, the discounts are “dynamic” online. Prices are active as they change often.

Thirdly, the delivery system has improved significantly. It does not take a month or more for goods purchased online to be delivered. The standard time frame for delivery is less than two weeks. Some websites offer cash-on-delivery facilities, which means that payment is done when the goods are delivered.

There is also offers of “money-back guarantee” if customers are not satisfied with the items purchased online.

Lastly, online shopping is not time-consuming. A young working colleague who spends hours behind the computer even says that she prefers to shop online for her clothes due to time constraints.

So, where does this leave the traditional “brick-and-mortar” retail outlets such as Parkson?

The operating cost is much higher for retail outlets compared to online businesses. Hence, offering bigger discounts would not solve their problem of maintaining profitability.

Perhaps, consolidation in the retail sector is a trend that will happen in the future. Having fewer outlets that offer a wider range of clothes, shoes or perfumes could help beef up sales.

Parkson China is already broadening its array of products to include private labels to have some sense of exclusivity in its products.

Shopping for fun at retail outlets is not dead although online shoppers are growing. But the retail sector has to go through consolidation. It hit the Western world two years ago and now it has come to Asia.

Technological changes take place at a slow pace. But once the change begins, the growth is rapid and explosive. Just look around and almost everybody has purchased something through the Internet.

The future wave could be the birth of “personal shoppers” where they shop for others for a fee.

A “personal shopper” acts as a conduit to connect individual purchasers with online websites in other countries such as the United States that do not provide delivery services of their products to this part of the world.

And it is all done at a fraction of a cost compared to what the boutiques charge.

At the moment, celebrities generally engage the services of “personal shoppers” also known as “personal groomers” to source for their clothes.

In recent times, services of “personal shoppers” have been engaged by professionals and the working crowd to get the best bargains from the Internet.

The retail landscape is changing and at a fast pace to the extent that it is in a crisis. The dwindling profit margin of Parkson in China is ample proof that the giant retail outlets can become unprofitable if they do not change.

If margins continue to crimp, then the next phase is consolidation and a slow death for those who refuse to reinvent themselves. 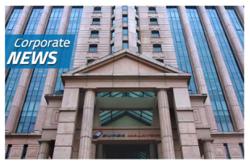 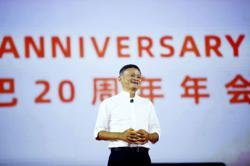