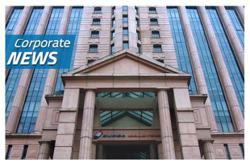 KUCHING: Leading city developer Lee Onn Construction Co, which had sold between 400 and 500 units a year of residential and commercial properties in the past four years, will launch more high-rise residential projects despite a soft market.

To be unveiled next month is The Royalle, an upmarket condominium project comprising 76 units housed in 10 tower blocks in Stampin Timur. The project, which is expected to be completed in September, has a gross development value (GDV) of RM95mil.

The Royalle is Lee Onn’s second major luxurious condoninium project. The first was D’Jewel, which has two towers housing 118 units with average floor area of 2,000 sq ft. Priced between RM700,000 and RM930,000 each, the units have been delivered to the buyers.

According to Tan, Lee Onn priced its proposed high-end condominium units at between RM480 and RM500 per sq ft, up from RM380 per sq ft three years ago.

“Our condominium homes are saleable as they are reasonably priced. Our buyers are mostly professionals and businessmen from outside Kuching who have purchase the units either as investment or as their second home,” he added. There were parents who bought the units for their children.

Lee Onn’s high-end condominium units are said to be cheaper as compared with another prominent developer, which has priced its units at around RM700 per sq ft at a city prime location.

Riding on the popular demand of its medium-end apartments in Ryegates 1 and 2, Lee Onn plans to develop Ryegates 3. The proposed boutique apartment with GDV of RM82mil will have 130 units in nine blocks.