Joey Lim says Donaco has a strategy to develop and operate boutique casinos.

Gaming in Malaysia is synonymous with the Genting group, but several Malaysian-liked companies have ventured into it outside the country with the latest being Luster Industries.

recently announced it was diversifying into the gaming industry in Cambodia, it piqued interest. What does a plastics manufacturer know about the world of gaming and will this venture amount to anything much, the sceptics must have asked.

But Luster says the venture will deliver a profit after tax of at least US$3mil (RM10.85mil) over a three-year period.

Luster joins several other Malaysian-linked companies that have forayed into the seemingly lucrative gaming sector in the region.

Malaysian laws do not allow the entry of new players into gaming besides the Genting group, which has held the country’s sole casino licence since the 1960s. However, a casino boom across Asia has seen local players trying to make a mark outside the country over the years.

Consultants PricewaterhouseCoopers predicts that by this year, the surge in Asian casino revenues would help Asia edge out the United States as the world’s biggest regional market. It reckons the Asia-Pacific gambling market would more than double to US$79.3bil in 2015 from US$34.3bil in 2010, surpassing the US that is estimated to grow to US$73.3bil from US$57.5bil in the same period.

There is expected to be more gaming permission in Japan and Taiwan and further liberalisation in South Korea and Vietnam as governments develop their tourism markets to capture increasingly affluent Asians with a penchant for gambling.

But other than FACB, the other two companies are loss-making at present. Dr Chen is a pioneer in Cambodian casino play.

And the combined market capitalisation of these stocks which total nearly half a billion ringgit, pale in comparison to the HK$14.15bil (RM6.54bil) NagaCorp commands, clearly indicating that Chen’s fortunes and focus now rest with this Cambodian gaming venture rather than his Malaysian listed companies.

NagaCorp has a 70-year casino licence, which is valid until 2065 and comes with a sweetener – it holds the monopoly for casino operations within a 200 km radius of Phnom Penh city until 2035.

Since its listing in 2005, NagaCorp has been posting steady returns except in 2009 but that was largely due to the financial crisis.

In its unaudited first quarter results to March 31, 2015, NagaCorp’s Cambodian casino operations reported VIP rolling chip turnover of nearly US$1.7bil up by 79% from about US$946.1mil previously.

Union Gaming Research Macau Ltd forecasts that NagaWorld’s rolling chip volume for the whole of 2015 will go up by 77% to US$10.9bil. In its April report, the research firm has a target price of HK$8.00 for the stock, which at last look traded at HK$6.20.

The company is now building an extension to NagaWorld, dubbed Naga2, which is slated to open in 2017. According to news reports, NagaCorp has also agreed to develop a US$350mil casino hotel in one of Russia’s new special gaming zones outside Vladivostok in the country’s far east.

Donaco – the name to watch

Then, there is Australian-listed Donaco International Ltd, which is the vehicle of Joey Lim Keong Yew. Joey is the nephew of Genting group’s head honcho, Tan Sri Lim Kok Thay and grandson to Genting’s founder, the late Tan Sri Lim Goh Tong. Joey, who is Donaco’s managing director and CEO, says the company was founded by himself and Goh Tong back in 2001. While the Lims control about 65% of Donaco, it has no financial ties with the Genting group.

While Donaco’s size is nowhere close to Genting’s, industry observers say that it is a name to watch in gaming.

It is a pioneer casino operator in Vietnam. Its flagship is the Aristo International Hotel, a boutique casino in northern Vietnam set up in 2002, which was recently expanded to a brand new five star resort complex with 428 hotel rooms.

The casino boom can be seen through the growth of Aristo. As pointed by Joey to StarBizWeek, “We went from 30 3-star hotel rooms and 8 gaming tables to 400 5-star hotel rooms with a capacity for 50 tables. Visitation and turnover at the property has just reached record highs in the month of April and we expect business to improve.” He says that the Aristo property is not only the largest taxpayer in the province, but also its largest employer with close to 1,000 staff.

Donaco, according to Joey, has a strategy of developing and operating boutique casino properties throughout Asia.

The company is in the midst of completing a US$360mil acquisition of the Star Vegas casino in Poipet Cambodia. The Star Vegas operates 109 gaming tables and close to 1,300 slot machines. The property has 385 hotel rooms and is the second largest casino in terms of size and revenues in Cambodia.

Donaco, which was listed on ASX in 2012, has a market cap of around AUD450mil (RM1.29bil). For the financial year ended June 30, 2014 it posted a net profit of AUD7.93mil and has cash amounting to AUD98mil. It continues to work on a on a pipeline of opportunities in the gaming sector in the region.

has grown from a small operation in Penang, which started in 1986 to one with an Asia focus. Formerly Dreamgate Corporation Bhd, it is involved in manufacturing gaming machines for casinos. Besides Malaysia, RGB today has footprints in Macau, Myanmar, Laos, Cambodia, Vietnam, Philippines, Timor Leste and Nepal.

Its executive director Mazlan Ismail says with the industry moving towards the use of mobile gaming and usage of the Internet, RGB is exploring expansion into these areas. However, he points out that there are challenges due to licensing issues.

Not all ventures into gaming have been money-spinners.

opened a casino-cum-hotel in Cambodia but ceased operations three years. Its subsidiary fell into the red after the first year of operations, due to a lack of patronage to its casino as well as competition. The wire and electric products maker subsequently sold the business in 2012.

The Indochina region is said to have a large number of casinos. “Actually Cambodia has the most casinos in Asia, even more than Macau. There are 50 plus casinos in Cambodia, most of them are extremely small and most are loss-making,” notes an industry observer.

He adds that many nations in Asia are trying to emulate Singapore’s achievement with its two integrated casino resorts, but the areas these countries struggle in are tax and regulations.

Says Donaco’s Joey, “When we started in Lao Cai in 2001, my grandfather, Tan Sri Lim Goh Tong, and the team actually consulted with the Ministry of Finance and the Ministry of Planning and Investment in Vietnam to draft the tax rules and regulations for the casino industry. Many of those laws are still in effect today”.

The other issue in many countries in Asia is that they only permit foreigners to enter and patronise casinos. As a casino operator this is a major drawback in considering a certain location for investment as it severely hampers your return on investment.

Currently Vietnam, Cambodia and Japan are considering opening up a casino industry in the country with locals permitted to enter.

Taking a leaf from Genting, Joey notes, “I believe why Genting is so successful in its worldwide expansion under my uncle Kok Thay’s stewardship is that he understands the local markets completely, and if you notice, all their operating markets allow locals to play.”

In 2009, RGB got caught in Cambodia when the Combodian government changed its ruling to ban sports betting and electronic gaming machines in entertainment clubs. The ruling caused into massive losses and it subsequently undertook a restructuring that has seen it returning to the black with an improved balance sheet. Since that experience RGB has been more prudent in its expansion plan. Mazlan says the company is in the process of lowering its gearing level further, which at 0.18 times is no longer an issue. “In Feb this year, we completed the transfer of the company’s entire commercial papers (CPs) and medium-term notes (MTNs) to a single-noteholder, lowering interest rate from 10% to 7% per annum” he points out.

RGB recently did a private placement of up to 10% of the issued and paid-up share capital to raise about RM17.7mil. Mazlan says proceeds from this will go to repay borrowings and buy electronic gaming machines.

Another relatively new player in gaming that has Malaysian links is Frontier Capital Group Ltd (FCG). The substantial shareholders of ASX-listed FCG are the promoters of CK Graphics Sdn Bhd, which collectively own more than 42.8% in the former. CK Graphic, which was set up in Malaysia in 2003, is a boutique 3D modeling and visualisation graphic business with a special niche in the gaming industry.

FCG was formerly Precious Metal Resources Ltd, a precious metals and mining company. The company changed its name to its present one in Feb 2015 following a reverse takeover of CK Graphic late last year.

FCG is banking on Mongolia as the new market for gaming, although some industry observers say that the country has struggled to initiate its casino industry.

In early April, the company announced its proposed acquisition of the licence to operate the Mongolian National Lottery. In that announcement, FCG also said that it would have the right to establish the first casino in Mongolia.

A company spokesperson says the acquisition of the Mongolian lottery operator would generate a more steady recession proof cash flow for the shareholders of FCG.

“The Mongolian Lottery operation would also provide us the possibility to apply for a fresh casino license from the Mongolian government. That is something in the distant future,” the FCG spokesperson says in an email. 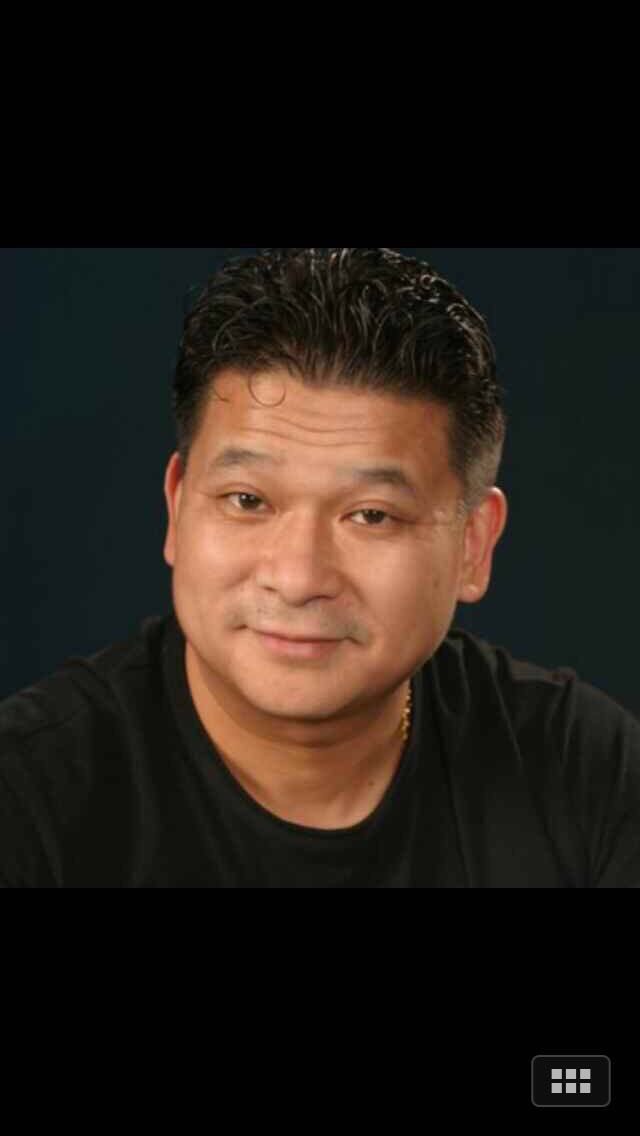 For now the plan is to expand into online gaming by leveraging on its expertise in 3D modelling and visualisation. It hopes to later transform the way electronic gaming is currently managed globally. “Since we have the expertise and technology of 3D, we will explore the possibility of introducing 3D gaming and developing the world first 3D online casino,” he adds.

On why it chose to venture into the lottery business, the spokesperson says there is synergy that can be tapped given that it is in the information technology industry with a focus on gaming. “Our graphic business decided to diversify into the gaming industry mainly due to the expected exponential growth in the gaming industry in the coming years. The business model will fit into our expertise and provide a low cost of entry into the gaming business,” he says.

FCG is a smallish stock with a market cap of A$32.38mil at last look. For now, it is too early to tell how its plans will pan out.

Similarly, investors’ reception to Luster has so far been lukewarm with the stock down about 20% since its gaming venture was announced. How it stacks its card against the competition in Cambodia, would perhaps change the sentiment.