What will TNB do with Integrax?

Utility has the last laugh in tussle with Amin

(TNB) appears to have the last laugh in the battle with Amin Halim Rasip to acquire the remaining shares in Integrax Bhd after an intense battle lasting three months.

Amin, who owns 24.76% in Integrax, had been trying to thwart TNB’s takeover of Integrax from the beginning. He, however, announced early this week that he would dispose of his interest due to the different directions pursued by TNB and Perak Corp Bhd

in respect of their interests in Integrax.

With Amin accepting TNB’s offer of RM3.25 per share, TNB’s shareholding of Integrax would surpass the 75% mark.

While a chapter has closed on the Integrax saga, many see it as the beginning of another chapter, because from now on, it will be interesting to see what TNB will do next with Integrax.

The national utility has not revealed much on its plan for Integrax post privatisation. TNB wanted Integrax’s Lumut Port to secure the handling of coal supply to its 2,100MW Janamanjung power plant, which is expected to double its capacity by 2017.

Some industry players, however, believe that the acquisition is more than just a strategic purchase.

Integrax owns about 40ha on Pulau Lekir Satu, which is part of a 291ha man-made island that also houses TNB’s Janamanjung power plant.

It is worth noting that TNB would own the 40ha and more land that has yet to be reclaimed around the island following its takeover. That land can come in handy for future power plant expansion.

With an additional two power plants, Manjung 4 and Manjung 5, the entire power plants are forecast to consume 14 million tonnes of coal annually to boost a combined capacity of 4,100MW.

The independent adviser of the takeover, M&A Securities said that according to independent valuations conducted by Irhamy & Co, Integrax’s leasehold land, land held for development and sale, land that had yet to be reclaimed and buildings measuring about 166ha at LBT and LMT had a combined market value of RM326mil. Of the land, about 45% is under water and Integrax has the rights to reclaim that.

Most analysts agree that TNB’s takeover of Integrax is understandable as it will provide TNB with full control of Lumut Port and may form a “vertical integration” in securing the coal handling services for its power plants.

An analyst believes TNB’s decision is vested on protecting its long-term interest in Janamanjung and privatising Integrax will end any uncertainties regarding the priority of utitising Lumut Port.

MIDF Research said in a recent report that the acquisition was seen as a strategic move by TNB to safeguard the supply chain of its coal-fired power plant operation in Manjung, Perak.

“While we think that the price tag is on the high side, we are fairly positive on this move. We believe that with majority control of the company, it will be able to steer Integrax’s business direction in line with TNB’s operational requirements.

“We view that stable coal supply is an important element to TNB’s Manjung power plants. This is particularly so as the power complex will contribute up to 18.4% of peninsula’s power generation capacity when Manjung 4 and Manjung 5 start operation in 2015 and 2017 respectively,” MIDF said.

Another analyst says the commissioning of 1,010 MW Manjung 4 and 1,000 MW Manjung 5 by March 2015 and Oct 2017, respectively, would require more coal handling services. Hence, the acquisition could result in huge cost savings for TNB.

“The exercise may make financial and operational sense from TNB’s point of view, given that TNB is Integrax’s single key customer for Integrax’s LBT,” he says.

Both Amin and Perak Corp rejected the offer from TNB. Subsequently, the power giant revised that offer upwards to RM3.25 per share.

Independent adviser, M&A Securities, had put a revalued net asset valuation of between RM3.60 and RM3.66 per Integrax share, taking into account Integrax’s results for its financial year ended Dec 31, 2014.

Perak Corp then said it would accept the offer from TNB, which valued Integrax shares at RM3.25 per share.

Despite the revised offer, Amin declined TNB’s subsequent offer, claiming that he valued Integrax’s shares at RM5 per share and advised TNB to abort its offer for Integrax and instead talk to management on how it could be more involved in the group.

On the other hand, Perak Corp would reject Amin’s offer restricted offer of buying only 5% of the former stake in Integrax, on grounds that it constituted only a 5% equity interest in Integrax, compared with TNB’s offer, which would allow it to dispose its entire 15.74% stake in the port operator.

Amin had also requested Integrax’s shareholders to hold on to their shares as he and other local businessmen were planning to make a voluntary general offer for Integrax.

In a surprise move, Amin announced his intention to dispose his shares, signalling the end of the battle.

Based on TNB’s offer price of RM3.25 per Integrax shares, Amin should be able to pocket RM242mil based on his holding of 24.76% in the port operator.

“Given the different directions pursued by TNB and Perak Corp in respect the future of the LBT and LMT assets, I will be selling my Integrax shares, as it will be more beneficial and productive for me to pursue the business projects and opportunities I intended to develop at Lumut, at a number of other suitable locations in Malaysia and the region,” Amin said.

With the money from the general offer, Amin could be looking at developing a coal blending facility that Integrax had been looking at.

The idea, Amin says, is to blend coal from Sumatra, which has low ash content with that from Australia which has high ash content, to tap into the massive China market.

China, the world’s largest consumer of coal, will no longer allow sales or import of coal with 40% or more of ash content and 3% or more of sulphur content.

Upbeat about the economy 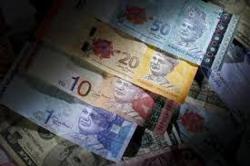