PETALING JAYA: Work at the high-profile Forest City project, which has seen its gross development value (GDV) cut by 25% to RM450bil, has recommenced after a halt since June 16 last year.

The acreage of the development, which has been revised twice, was reduced from its original 1,978ha to 1,386ha, the developer of the project Country Garden Pacificview (CGPV) said in a statement.

With the downsizing, the GDV of the project was expected to decrease to RM450bil from RM600bil initially.

It said construction work on the project had started again after the Department of Environment’s approval on the detailed environmental impact assessment (DEIA) in January and environmental management plan last month.

Its executive director Datuk Md Othman Yusof said the company was confident the project would be completed by 2045.

To recap, CGPV completed the land alienation of the project site in November 2013 and fully paid all land premiums.

The resizing of the project by 354ha was to ensure the sea grass was preserved for future generations while maintaining the flora and fauna of the surrounding area, the company said.

It would preserve a 48.5ha sea grass area to synergise with the existing ecosystem, ensuring the anchorage area is wide enough for ships to sail through and also took consideration of the Port of Tanjung Pelepas’ future expansion plans.

There were earlier allegations that reclamation work between southwest Johor and northwest Singapore had disrupted marine life and affected the livelihood of fishermen. The luxury project consists of four man-made islands of 979 acres, 1,896 acres, 405 acres and 145 acres.

Othman also said the company was applying for incentives such as tax relief as the project fell under the economic region of Iskandar Malaysia.

The project was currently being funded internally while it did not rule out financing from local or foreign banks, he added. 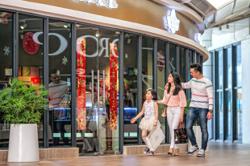 Johor contractors to be given chance to work on mega projects