YTL Land’s The Fennel snapped up

KUALA LUMPUR: YTL Land & Development’s urban renewal project in Sentul continued apace as the first phase of its latest freehold condominium development, The Fennel at Sentul East, sold out during its preview.

The preview began on Friday, July 19, and by the end of the next day, all available condominium units – priced between RM658,000 and RM1.06mil – had been taken up, YTL Land said.

“We knew The Fennel would be in demand but there were people queuing up since 6.30am at the sales office! I’m pleased that it has followed on the success of its predecessor, The Capers, in selling so well within two days,” said the company’s executive director Datuk Yeoh Seok Kian.

The Fennel’s total gross development value of RM400mil consists of four, 38-storey towers with a total of 916 units ranging from 1,100 sq ft to 1,500 sq ft. The condominium is located close to two LRT stations, one KTM station and two proposed MRT stations.

The Fennel boasts a distinctive architecture: each one of the towers looks like zig-zagging twin blocks reaching into the sky.

“The Fennel has two large green spaces totalling more than an acre, with pocket gardens and ‘sky forest’ terraces,” said Yeoh. “Ultimately, we want to create unprecedented living values for city dwellers through our developments.”

The preview of The Fennel’s next release will be announced at a later date.

Part of YTL’s visionary master plan, The Fennel is located in Sentul East where chic residential and commercial spaces such as d6, d7 and the new Sentul East Design Centre (Seed) sit next to the colourful older areas of Sentul. Upcoming developments – d2, d5 and another yet-to-be-named mixed development – will follow. 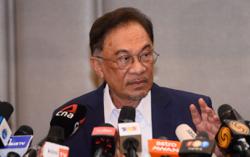