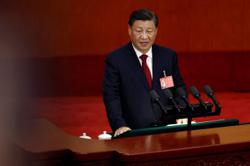 China is expected to increase its push for shared wealth as a key “strategic goal” during next month’s 20th party congress, a senior party ideologist said, amid growing anxiety over Beijing’s policies to tackle inequality.

Beijing’s top leadership will deliver a clearer and more detailed road map on the push for so-called common prosperity when the five-yearly party congress begins on October 16, said Han Baojiang, professor and director of the economics department at the Central Party School of the Communist Party of China.

“China will place a further emphasis on narrowing [various socioeconomic] gaps, which will become an important policy objective and strategic goal for us,” he said on Wednesday.

In August, a 2021 speech by President Xi Jinping was published by the Communist Party journal Qiushi which stressed that “promoting the common prosperity of all the people is not only a long-term but also a realistic task, which can neither be urgent nor wait, but must be placed in a more important position”.

What is China’s common-prosperity strategy?

Common prosperity is already included in the ruling Communist Party’s constitution, but the speech increased expectations that further emphasis will be placed on the initiative during the 20th party congress.

But the increase, which has included regulations aimed at private firms, tycoons and celebrities, has exacerbated concerns by foreign investors about the business environment and preferential treatment for state-owned enterprises.

There are also concerns that moves to cut cost-of-living pressures will come at the expense of businesses, and that more aggressive steps might be taken against the private sector, including reining in the so-called disorderly expansion of capital.

Only by constantly making the cake bigger and cultivating the motivation to make the cake bigger, can there be a real material basis for common prosperity in the future
Han Baojiang

Some of China’s most influential economists have also warned that a heavy-handed or invasive approach to pursuing common prosperity could backfire, and that more market-oriented reforms are needed.

The push for common prosperity has slowed this year after Beijing shifted economic focus to drive up growth from risk control, with details not mentioned in the government work report in March.

“We still emphasise that there should be differences, since if you want a society to advance, differences are necessary, only when there are differences, can you have momentum and motivation,” Han added.

“Only by constantly making the cake bigger and cultivating the motivation to make the cake bigger, can there be a real material basis for common prosperity in the future.”

Han added that common prosperity does not mean “killing the rich to help the poor”, while more efforts should be made to shore up the confidence of the private sector to encourage more investment.

“It is still necessary to provide good social, public opinion, policy and internet environments for the non-public economy,” he said.

Beijing is keen to reduce the gap between the incomes of urban and rural residents from its current level of around 2.6 times to less than two, but this is already set to be “an arduous task”, said Han.

As long as common prosperity is not achieved, the modernisation with Chinese characteristics will not be realised, at least not in a comprehensive way
Han Baojiang

China is aiming to improve its basic public services to a level on par with mid-ranking developed economies by 2050, according to Han.

Beijing has set a target to become a “great modern socialist country” by the middle of the 21st century, with common prosperity “basically achieved” for its 1.4 billion people.

“Basically achieving means it will still not be high-level,” said Han,

“As long as common prosperity is not achieved, the modernisation with Chinese characteristics will not be realised, at least not in a comprehensive way.”