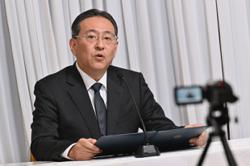 Tokyo: The Unification Church in Japan has pledged to prevent followers from making “excessive” donations, after criticism of its practices following the assassination of former prime minister Shinzo Abe.

Abe’s alleged assassin is believed to have resented the sect over massive donations his mother made to the church, leaving his family bankrupt.

He reportedly targeted Abe believing he was linked to the church, whose followers are sometimes known colloquially as “Moonies”.The group has denied any wrongdoing and disavowed Abe’s murder, but church executive Hideyuki Teshigawara yesterday said that it would now “take into consideration the financial situation of followers and ensure that donations are not excessive”.

The church will “respect the independence and free will of followers” on donations, Teshigawara, who heads the group’s new reform committee, told reporters.

The group says it took measures to regulate donations in 2009, but will now bolster them.

The announcement comes after a wave of accusations about the church’s practices, including from former members who say they were pressured into making enormous donations under the guise of “spiritual sales”.

The mother of the man accused of killing Abe donated around ¥100mil (RM3.2mil) to the church, according to a relative.

Japan’s National Network of Lawyers Against Spiritual Sales says it has filed suits seeking ¥123.7bil (RM3.9bil) in damages for former followers since 1987.

The church, however, says just four civil lawsuits were filed since 2009 and they have all been settled. — AFP