SINGAPORE, July 11 (The Straits Times/ANN): Two students have been recognised with the Diana Award for founding and running non-governmental organisations (NGOs) serving the underprivileged here.

Founded in memory of late British Princess Diana, the award recognises those between the ages of 9 and 25 who inspire and mobilise their generation to service their communities.

Hazeem and Aanya were among about 180 young people from 29 countries to receive the award.

Art:Connect, which comprises more than 40 volunteers from various schools, has organised projects such as online befriending and craft sessions with residents of eldercare homes.

It also organised an awareness campaign on organ donation with the National University Centre for Organ Transplantation, with an art competition themed around organ donation.

The top 10 entries were displayed in an exhibition at the National University Hospital.

Other than raising awareness, The Signpost Project connects elderly tissue sellers and cardboard peddlers to the relevant social service agencies, including the Ministry of Social and Family Development.

Hazeem, who also received the Singapore Rhodes Scholarship to the University of Oxford last year, said: "Creating social impact is always a complex and difficult journey and the award provides a stamp of recognition for the work that we do."

Hazeem recently graduated from Yale-NUS College with a degree in politics, philosophy and economics.

Hazeem will then serve a bond with the public service, as he had received a scholarship from the Public Service Commission for his undergraduate degree.

Aanya too has public service on her mind for the future.

She said: "I hope to pursue a career in the field of biomedical science and entrepreneurship.

"While I see myself entering the Stem (science, technology, engineering and mathematics) field, I hope to continue leading and supporting humanitarian initiatives with other youth change-makers like myself."

Nominations are then judged by an international panel of 20.

The Diana Award is given out by a charity with the same name, supported by her sons, the Duke of Cambridge Prince William and the Duke of Sussex Prince Harry. - The Straits Times/ANN 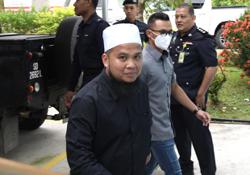