Vientiane Mai reports that the Department of Information, Culture, and Tourism, as well as officials in Xing Xou Village, have begun preparations for the island to become a new tourism destination.

Don Xing Xou, also known as Xing Xou Island, is a little-known island community located in the middle of the Mekong River, in Sikhottabong District.

The island is accessible by boat from Khaoliao Village in Sikhottabong District.

For LAK 20,000, a local vehicle will take visitors around the island, through a “bamboo tunnel,” among giant seasonal flowers, to observe fruit plantations and to spot various noteworthy avian species.

The island has its own Buddhist temple, or wat, as well as some ancient artifacts, drawing many local people who cross the river to make merit on the island, which is believed to be a sacred place.

While a much older temple was believed to have been constructed at the site during the Xayfong Era, the newer sections were added in 2011.

Prior to this, artifacts of gold, silver, and stone were moved from the site to be displayed and preserved at the Haw Phra Kaew Museum in Vientiane Capital.

Boats to and from the island depart daily from early morning until 5 pm. 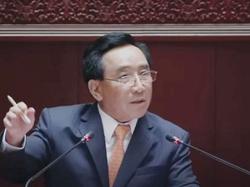