This was a 46.6-per cent increase compared to the previous year, she said. The ambassador said that despite the pandemic, trade between the country and China continue to grow.

The ambassador said joint projects between the two countries, such as Hengyi Industries Sdn Bhd (Hengyi) and Guangxi-Brunei Economic Corridor, have made great contributions to the growth and diversification of Brunei’s economy.

She added that China and Brunei Darussalam, which are among the first countries to ratify the Regional Comprehensive Economic Partnership (RCEP) Agreement will be able to ride the momentum of the creation of the world’s largest free trade zone to further expand investment and trade cooperation.

The ambassador lauded a “new chapter of cooperation in the face of the Covid-19 pandemic” between the two countries, saying China and Brunei Darussalam aided each other in fighting the pandemic.

She added, “The first batch of vaccines, in particular, was donated at a time when the global vaccine shortage was very severe.

“China’s domestic vaccine demand was under great pressure, and some countries resolutely refused to provide vaccines to other countries.

“When Brunei was hit by the second wave, the second batch of Sinopharm vaccines was delivered within a very short period of time.

“These rapid and timely responses showed China’s sincere support for Brunei,” she said.

The ambassador said, “Chinese company BGI‘s experts rushed to Brunei within a short time, set up the first mobile inflatable Huo Yan laboratory in Southeast Asia and put it into operation.

The team also provided personnel to help Brunei with testing tasks during the peak of the second wave, and training of the Bruneian staff in operating the lab.

EVYD Technology has been upgrading the BruHealth App. These Chinese companies have been contributing to the virus testing, pandemic prevention and control capacities of Brunei.

“Here, I would like to express the appreciation to the strong support from the Bruneian side in the organisation of the Spring Sprout, a Sinopharm vaccination programme for Chinese nationals by the Embassy.

“The Kampong spirit of sincere support and mutual assistance between the two peoples in the fight against Covid-19 is a treasure that should be long-cherished.”

On the people-to-people exchanges, she recalled, “ Last year, the Embassy set up a ‘China Bookshelf’ in five local primary and secondary schools, as well as, donated a ‘Huaxing Library’ to Chung Hwa Middle School.

The Embassy also held the themed painting competition among Brunei primary school students for a third consecutive year together with the Ministry of Education.

She said, ”We also held a gathering with Bruneian students that are China Alumni to promote people-to-people exchanges and deepen friendships.

“People from all walks of life of both countries shared their stories, which reflected the vitality and foundation of people-to-people exchanges from various perspectives,” she said.

The ambassador also said there were frequent high level exchanges between the two countries. 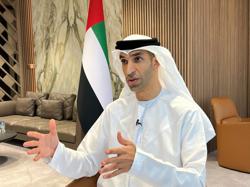