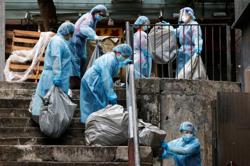 A court has upheld the constitutionality of a controversial policy that limits gender status changes on Hong Kong identity cards to those who have undergone sex reassignment surgery.

The Court of Appeal on Wednesday ruled against Henry Edward Tse and a person identified only as Q after they had applied for a judicial review of the government’s refusal to amend their identity cards but failed at the lower Court of First Instance in 2019.

Under the existing policy, the commissioner of registration will only amend the gender entry on the ID card if the holder has had full sex reassignment surgery, unless there is medical proof the person cannot undergo the operation.

Has Hong Kong made progress on policy and law for LGBT community?

However, the sex entry is simply an identifier of the card holder under a binary system of male or female, and does not confer any legal status or recognition of the person’s gender.

In Hong Kong, there is currently no legislation providing for the recognition of the reassigned, acquired or preferred gender of a person for all legal purposes.

The appellants had their breasts removed, received hormonal treatment and lived full-time as men, but retained their uteruses and ovaries and decided against undergoing surgery to construct genitals of the opposite sex, as they found the invasive treatment cruel and unnecessary.

Their counsel, Dinah Rose QC, had argued that the policy requirement was unconstitutional and discriminatory, adding that the surgery was not “the only workable model”, as described by the lower court, for registration officers to determine applications for amending the sex identifier, as can be seen in the United States, Britain, Austria, South Korea and Singapore.

The government countered that the commissioner had to balance transgender rights against the difficulties faced by both the public and service providers, who would experience distress and confusion if there was incongruence between the sex entry on the identity card and the person’s physical appearance. 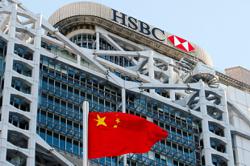