Hong Kong’s two power companies will be under tremendous pressure to raise the price of electricity as the city moves to become carbon neutral by 2050 and residents should brace for double-digit increases in the future, analysts warn.

But the city could create some breathing room when its own offshore liquefied natural gas terminal is completed next year, which will give the companies the option of casting a wider net for sources rather than relying solely on mainland China, one expert said on Wednesday.

CLP Power and HK Electric surprised some industry observers on Tuesday when they revealed electricity bills would go up by a maximum of 7 per cent from January 1. 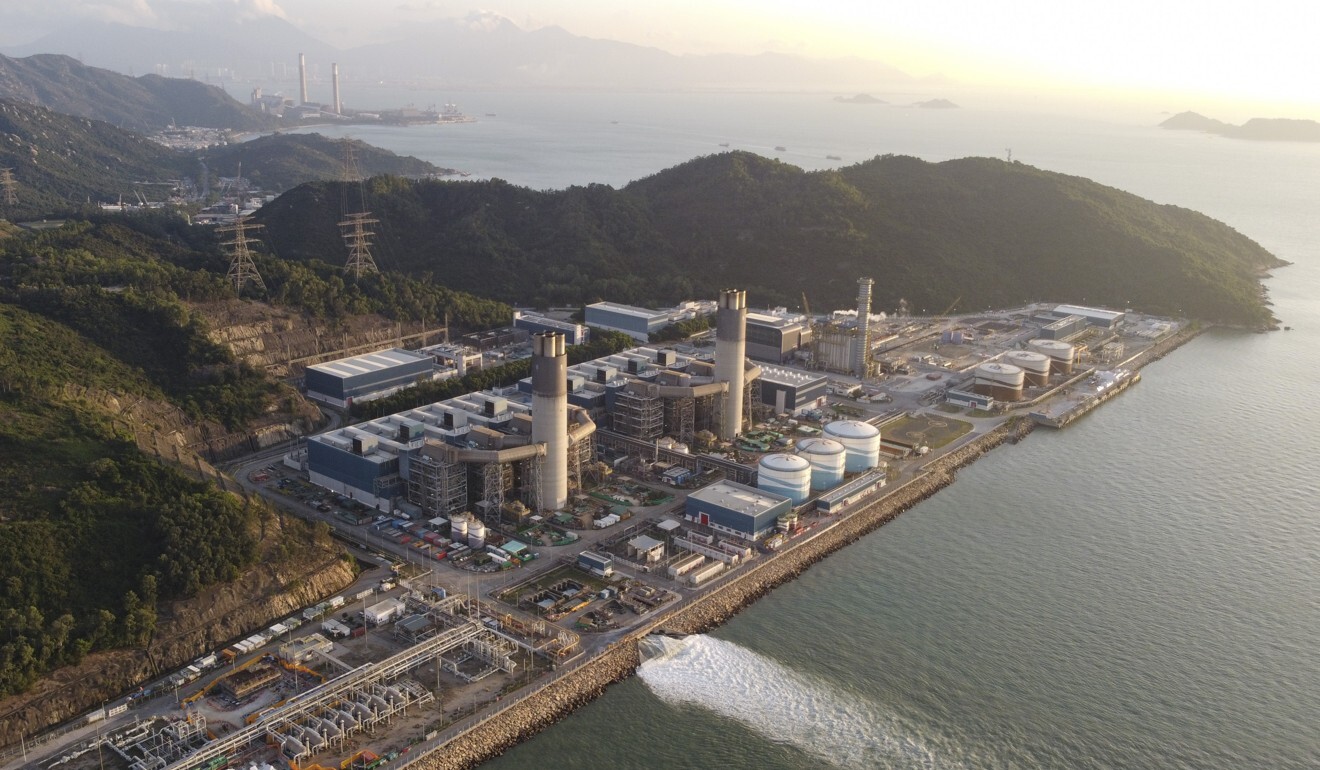 Higher coal and gas prices around the world have pushed up power prices in many countries, with environment minister Wong Kam-sing noting some major cities have seen increases approaching 20 per cent.

Hong Kong residents and businesses were spared such pain, at least for now, by the decision of the two power firms to dip heavily into their reserves to keep their increases to 5.8 per cent for CLP Power customers and 7 per cent for users of HK Electric.

“The trend for the next few years will certainly be up, but perhaps waiting for the economy to recover a little more before implementing a double-digit rise would be more acceptable,” said William Yu Yuen-ping, an energy economist and chief executive of the World Green Organisation.

“Residents will have to bite the bullet. It will be worth investing in energy efficient appliances.”

Yu had predicted a double-digit increase ahead of Tuesday’s announcement, as the utilities faced greater operating costs due to investments in clean energy facilities and the higher costs of fuel. 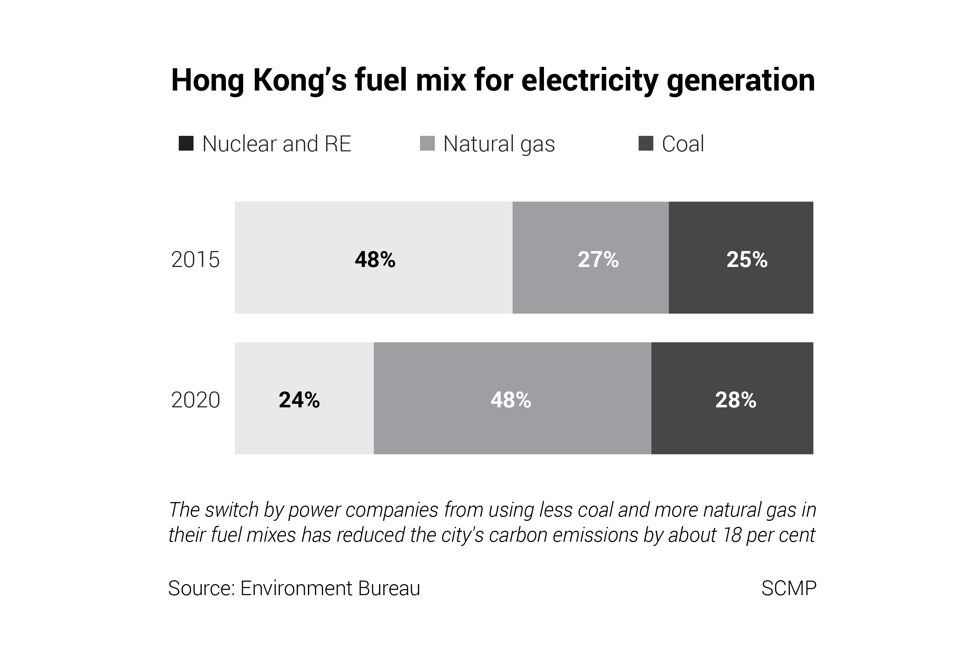 As part of Hong Kong’s push to cut its carbon emissions and reach carbon neutrality by 2050, the city has been transitioning from coal to natural gas as the source of fuel, and the latter now makes up half of the city’s electricity source. But prices of natural gas, which is tied to the price of oil, have more than doubled over the past 12 months.

By leaning heavily on their reserves, the companies absorbed some of the price pressure but that strategy also comes with risks.

Both companies maintain several funds they can use to stabilise prices. One is called the tariff stabilisation fund, set up under a 15-year agreement with the government that limits the two utilities to a maximum 8 per cent rate of return each year.

Any excess profits are funnelled into the stabilisation fund, and CLP Power and HK Electric have had to draw large amounts from this pool for next year. According to managing director Chiang Tung-keung, the company projected that only HK$900 million (US$115 million) would remain in the fund by the end of next year, compared with a projected balance of HK$2.8 billion at the end of this year.

In 2020, the remaining balance was HK$1.5 billion, according to documents submitted to the Legislative Council last year. 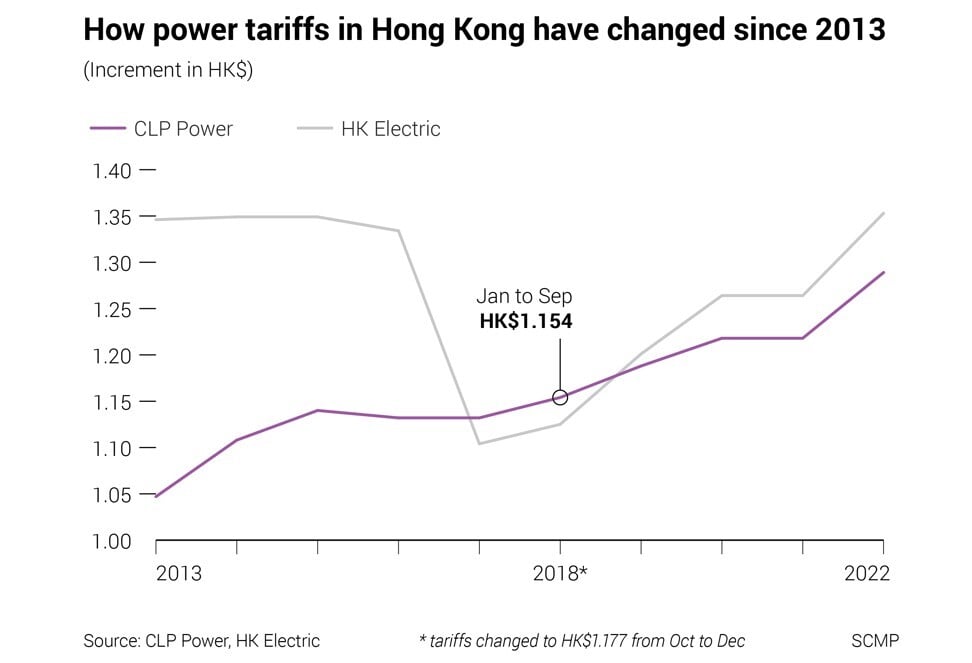 HK Electric said it was drawing HK$450 million from its tariff stabilisation fund, but did not disclose how much would remain in the account after the end of next year. According to an estimate provided in Legco documents last year, the company would have HK$330 million in the fund at the end of 2021.

Both companies also maintain separate fuel clause recovery accounts, which draws on the difference between the projected fuel prices set by the companies and the actual cost they pay for the power sources. CLP Power’s has been in the red for many years, while HK Electric’s will fall into a deficit after it draws HK$370 million to cover the cost next year.

Professor Woo Chi-keung, an adjunct professor specialising in energy economics at the Education University, said once these accounts ran low or into the negative, the pressure to increase tariff grew.

Jimmy Kwok Chun-wah, chairman of the government’s Energy Advisory Committee, said on Wednesday it might have been better to spread out the expected increases evenly over the coming years as the pressure to raise prices would only increase.

“We know global fuel prices are going to rise, so even after pushing the tariffs down this time, the next increase will be very sharp,” he said. “Ultimately, it would be better if they could have ensured the increase was averaged out across the years.”

But the World Green Organisation’s Yu said Hong Kong could keep prices down in the future by searching for alternative sources of natural gas. Currently, the city imports natural gas from two sources on the mainland. The offshore liquefied natural gas terminal, which will allow the power companies to import gas by sea instead of through land pipelines, may allow the city to cast a wider net for power sources such as from the United States or Europe.

“Prices will stabilise as more clean energy sources such as wind and solar, nuclear or even hydrogen get introduced into the fuel mix, as these sources are not pegged to the price of oil,” he said.

But in the years between, both Yu and Kwok said the government and the two power companies needed to ensure the city’s poorest and most underprivileged remained covered by subsidies and aid to tide them through the painful transition.