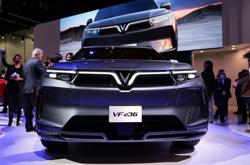 Gojek riders pick up passengers. The company plans to trial 5,000 electric motorcycles for its fleet, starting with 500 in South Jakarta.

JAKARTA (The Jakarta Post/Asia News Network): Homegrown ride-hailing giant Gojek announced on Wednesday (Oct 27) that it would trial 5,000 electric motorcycles, starting with 500 in South Jakarta, as part of its long-term fleet electrification plans.

Gojek chief transportation officer Raditya Wibowo said drivers would need to pay a daily rental fees for the electric motorcycles, which would be made by Indonesia's Gesit and Taiwan's Gogoro.

“We want to know the experience of drivers and consumers while using the motorbikes. Do drivers really save money from not buying gas? Is it comfortable? And so on,” he told reporters at a press conference.

While the start date of the trial has not been made public, Raditya said customers would soon be able to order rides or services from electric motorcycle drivers through the Gojek app.

Gojek committed in May to making its fleet entirely electric by 2030 to become a carbon-neutral company by the end of the decade, but the company did not provide details on the plan.

The Singapore-based company plans to distribute the vehicles to drivers throughout Indonesia by the end of this year.

“The downside of electric motorcycles is that the charging infrastructure is still inadequate. Drivers worry about running out of battery, and it takes them one to two hours to charge, making them lose money,” he said.

“EV commercial trials are a manifestation of our sustainability commitment to becoming a carbon neutral company by 2030,” he told reporters during an online press conference.

“To show our commitment, Gojek will establish an independent business unit that focuses on electric vehicles.”

Kevin went on to say that aside from ride-hailing, customers would be able to choose electric motorcycles for other Gojek services, such as food delivery, logistics, and online shopping.

“This is one of our most ambitious projects,” he said. 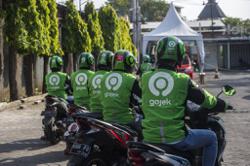 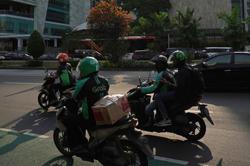