China’s top leaders will hold a key meeting in Beijing early next month, when they are expected to adopt a resolution on the Communist Party’s achievements over the past 100 years.

The Politburo on Monday decided to hold the sixth plenary session of the 19th Central Committee from November 8 to 11, state news agency Xinhua reported.

It said the leadership had sought feedback on the resolution on the party’s “major achievements and historical experience” and it would be reviewed during the plenum.

The leaders concluded that while much progress had been made over the past 100 years since the party was founded, it must stay vigilant to achieve the goal of “national rejuvenation” by the middle of this century, according to the report, which called it an “irreversible process”.

The November meeting will be important for President Xi Jinping to reinforce the official narrative of the party’s rule and his leadership status ahead of next year’s twice-a-decade national congress, when a major reshuffle is expected. 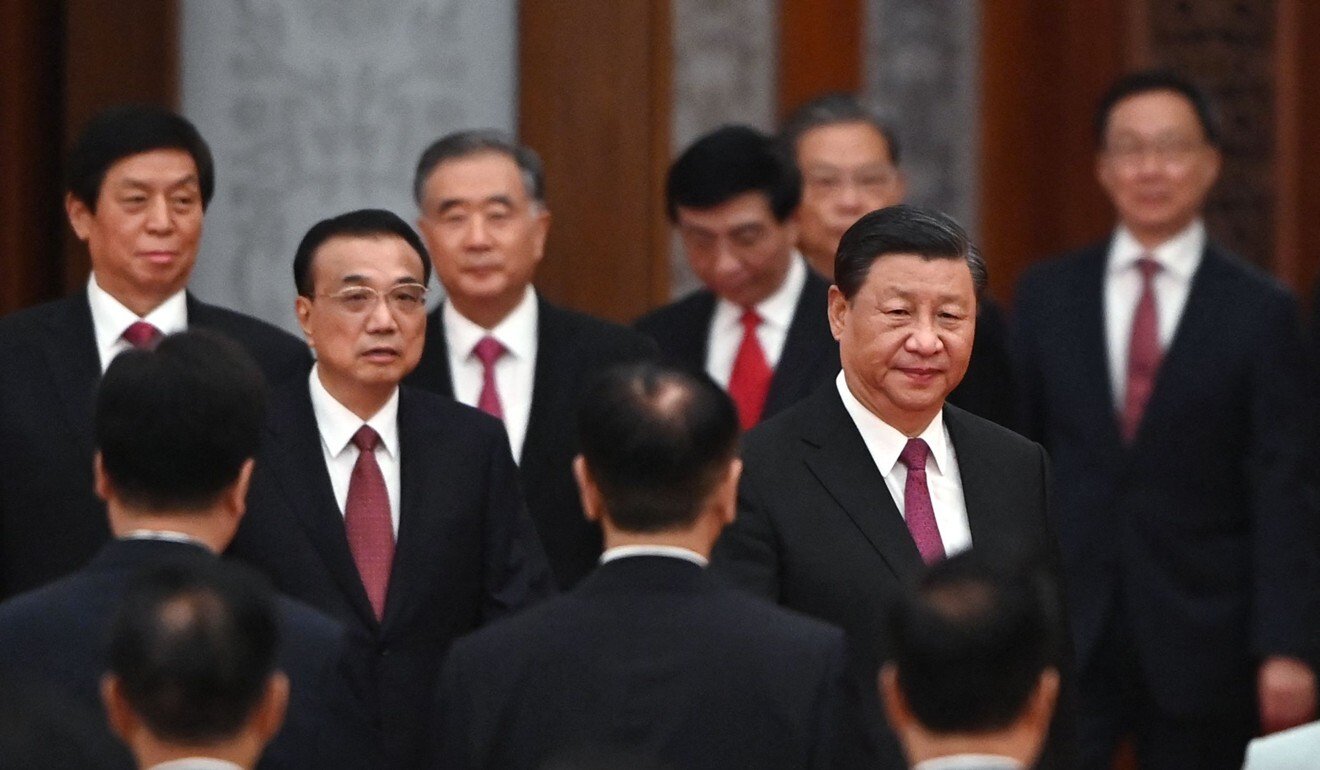 According to observers, the resolution will become an important political document that could chart the direction of China’s ruling party for the next few decades – it has previously adopted just two similar resolutions, both at critical junctures in its history.

The first “resolution on history” was in 1945 during the Mao Zedong era, rejecting his rivals and establishing his leadership at the party congress that followed.

The second was in 1981 under Deng Xiaoping, acknowledging the party’s mistakes in the decade-long turmoil of the Cultural Revolution and laying the groundwork for a U-turn to embrace Deng’s open-door and reform policy.

Who is Xi Jinping? Looking for new clues in Communist Party tributes

The Politburo, the top decision-making body, on Monday also emphasised that Xi’s achievements followed on from the success of past leaders, highlighting that China was now a global power with a vibrant economy.

Xie Maosong, a senior researcher with National Strategy Institute at Tsinghua University in Beijing, expected the resolution to summarise “how the Communist Party sees its first 100 years and how it is going to continue in the next 100 years”.

He said recent commentaries and publications from the party were all pushing two points – “that China can only become successful and strong under the leadership of the Communist Party, and that the party leadership needs a ‘core’ with a vision to carry out its policy goals effectively”.

Xie said the new resolution was likely to go into more detail on the party’s achievements than the previous two.

“What Xi is doing is continuing the policies of his predecessors,” Xie said. “For instance, Deng said China would ‘let some people get rich first’, but he also spoke about ‘common prosperity’ as an ultimate goal, which is exactly what Xi is trying to do now.”

Gu Su, a political scientist at Nanjing University, said the resolution was likely to be “moderate” in its assessment of controversial events like the Cultural Revolution, and of Mao’s legacy, and consistent with Xi’s speech marking the party’s centenary in July.

“There will be no change to [the official line] and it will not go beyond what the 1981 resolution said,” according to Gu, who observed the drafting of the 1981 document.

“The overall assessment [of the Cultural Revolution] will not change ... it may even be less critical,” he said, adding that it was unlikely to include “excessive praise of the top leader” and the tone of the document could be milder than in 1981.

Rana Mitter, a professor of modern Chinese history and politics at the University of Oxford, said the leadership was trying to create a seamless narrative suggesting the nation’s steady progress over the past 100 years that will continue into the next century, despite the upheaval of the Cultural Revolution and past factional fighting within the party.

“There may be an attempt to create the impression of smooth progression from the founding of the party to the present day without going into detail on periods of turmoil. Instead, there may be more concentration on [historical] events,” Mitter said.

He expected “ethnic unity” would also be emphasised.

“There is [also] likely to be a defiant tone that stresses the idea that China is a country that has unified itself against external opposition,” he said.

According to Ling Li, a professor of Chinese politics and law at the University of Vienna, the resolution could also steer the leadership towards “reactivating” the office of party chairman at next year’s national congress – a title that was removed from the party’s charter in 1982.

That would see Xi elevated from his position as general secretary of the party.

“Because if one follows closely the political footsteps that the party has taken since 2012, one will see a mirror image of the playbook that Mao used before the same office was first created for him at the seventh party congress in 1945,” Li said.