First of its kind: The Lane Xang train passing the China-Laos borderline inside a tunnel. — Xinhua

VIENTIANE: The dream of the Lao people to transform the land-locked country into a land-linked hub in the region is coming true as the streamlined “China-standard” bullet train for the China-Laos railway arrived in Lao capital Vientiane.

The electric multiple unit (EMU) train was officially delivered to the Laos-China Railway Co, Ltd, a joint venture in charge of the railway’s construction and operation, at a handover ceremony in the newly-built China-Laos Railway Vientiane Station with the attendance of Chinese Ambassador to Laos Jiang Zaidong and Lao Minister of Public Works and Transport Viengsavath Siphandone on Saturday.

“I am so excited. It was a historic moment for the first passenger train traveling along the China-Laos Railway has arrived in Laos,” said English tutor Sangthong Hangponsawang.

“I believe that the railway will benefit Laos a lot given its significant role in bolstering tourism and the transport of goods,” he said.

“The Belt and Road Initiative is a golden opportunity for our country to transform into a land-link hub in the region.”

Jiang said Laos has received the first modern train in its history which is a decisive progress in the construction of the China-Laos railway.

He said it is also a landmark achievement of the strategic docking between the Belt and Road Initiative and Laos strategy to convert itself to a land-linked hub.

The construction of the railway started in December 2016 and is scheduled to be completed and operational in December.

According to the China State Railway Group, the new train, with the maximum operating speed of 160kph, consists of nine carriages, including a locomotive, a dining coach, a first-class and six second-class coaches, and has altogether 720 seats. It will be put into a trial run soon.

The train is called Lane Xang (million elephants) as Laos was once called the Lane Xang Kingdom.

“I have long been following news about the railway because I’m curious what it will be like having a modern train in our country and I’m looking forward to seeing how it looks like,” said hotel receptionist Lachan Suvanthung.

She said the train will help reduce travel time between provinces, which would be a boost for tourism. 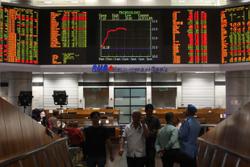