Laos govt clamps down on illegal import of vehicles

VIENTIANE, Oct 15 (Vientiane Times): The government has ordered steps to be taken against individuals and businesses that import vehicles illegally and to prevent the improper use of all types of vehicles, with the aim of ensuring that all customs duty and other taxes are paid.

The Prime Minister recently issued an order to this effect in a bid to stop the illegal import of vehicles and tax evasion, so that the state receives the full amount of taxes owed on imported vehicles.

Although the relevant bodies at the central and local levels have attempted to ensure compliance with the tax law and other laws, such as preventing the illegal import of vehicles and the misuse of vehicles, which has gone some way to ensure that more taxes are paid, illegal trade and tax evasion in this respect continues to be widespread across the country.

The order instructs ministries, ministry-equivalent organisations, and local authorities at all levels to prevent and resolve the problem of the illegal import and use of vehicles.

Any organisation or individual that uses a vehicle on which tax has not been paid must correct the situation and register their vehicles in accordance with the law.

The owners of illegally imported and used vehicles that are traded and used as duty-free vehicles, or anyone who suspects a vehicle is being illegally used, should bring the relevant documents and vehicles to central and local committees specially set up to deal with the problem, between October 20, 2021 and January 20, 2022.

If vehicles are taken for registration during this period, the tax will be considered in accordance with the general rules and the owner will not be fined.

However, if the owners of vehicles that have been imported and are in use illegally do not report to one of these committees within the set timeframe, legal action will be taken.

If a vehicle is found to be in a person’s possession illegally, it will be confiscated and become state property, as stipulated in the tax law, and the owner will be prosecuted.

The order aims to bring the import, use, exchange, and sale of vehicles in line with the law, and is also part of efforts to fulfil the national agenda on addressing the country’s economic and financial difficulties.

Following the Prime Minister’s Order, the Department of Finance in Champassak province on Tuesday instructed all departments, organisations, individuals and legal entities in nine districts to take any illegally imported vehicles to customs officials at the Tax Office in Lakmeuang village, Pakxe city, not later than Nov 5. - Vientiane Times/ANN 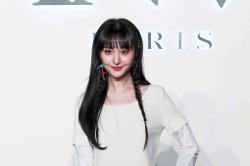