By Tony Cheung and Chris Lau

China’s foreign ministry on Friday issued what it described as a “criminal record” of the United States’ attempts to interfere with Hong Kong affairs and support anti-China troublemakers, cataloguing more than 100 “violations of basic norms governing international relations”.

The statement, which a source described as a signal that the subject of Hong Kong would not be countenanced in future bilateral talks, listed at least five categories of US conduct.

These spanned the enacting of laws to target China and Hong Kong; imposing sanctions and seeking to obstruct Beijing’s policies on the city; smearing the local government and police; supporting activists, separatists and criminals; and joining hands with foreign allies in interference.

The move, which the source said could be considered a warning to not only the US but Taiwan as well, was supported by separate statements issued by the local government, the foreign ministry’s office in the city and the State Council’s Hong Kong and Macau Affairs Office (HKMAO). 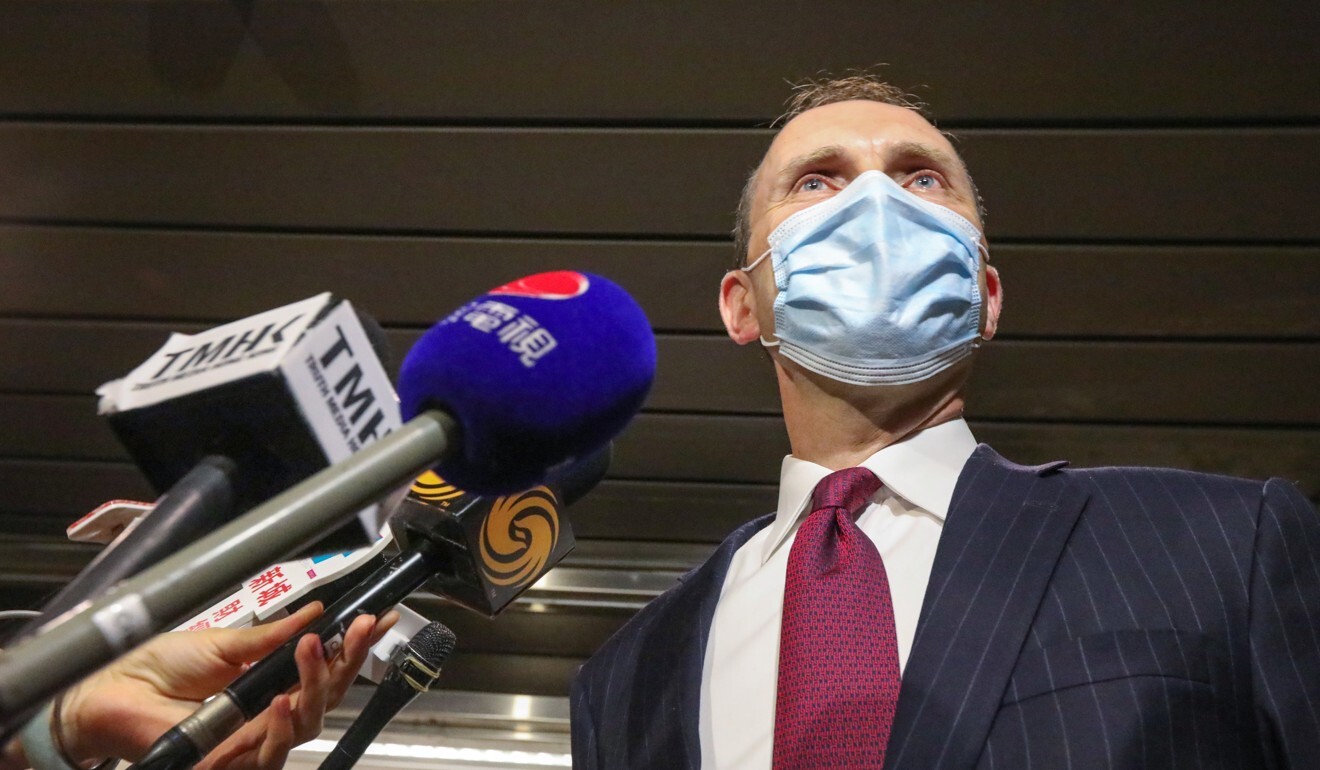 “The list of facts is a powerful counter against the US’ smearing of the Chinese government’s rule over Hong Kong and its so-called sanctions on Chinese officials,” a spokesman for the HKMAO said.

“The United States’ plot cannot succeed, because under the national security law and improvements to its electoral system, Hong Kong has turned from chaos to peace and prosperity.”

At a press conference on Friday, foreign ministry spokesman Zhao Lijian said the list was a systematic account of Washington’s interference since 2019.

“It is impossible for the United States to succeed with its plot to curb China’s development ... The Chinese government will continue to make firm and strong responses to how Washington has interfered with Hong Kong affairs,” he warned.

“The US should respect Chinese sovereignty, abide by the fundamental principles of international law and international relations, and stop meddling in Hong Kong affairs.”

The release of the “fact sheet” came shortly after US climate envoy John Kerry said he would visit China again soon and expressed confidence that Chinese President Xi Jinping and US leader Joe Biden would meet face to face in the near future.

The Beijing source said the foreign ministry’s “unprecedented” move was a strong signal from the Chinese side that Hong Kong must remain completely off the agenda of any potential Xi-Biden meeting, if one were to take place at all. The leaders held their first phone call since February earlier this month to focus on the way forward for the troubled bilateral relationship. But neither side mentioned whether any issues related to Hong Kong were brought up during the 90-minute conversation.

The source also said that the ministry’s statement could be taken as a warning to Taiwan, whose President Tsai Ing-wen has earned Beijing’s wrath by publicly saying the self-ruled island, which China considers an integral part of its territory, was “an independent country already”.

In the section labelled “vilifying China’s policy on Hong Kong”, the statement highlighted the signing into law of the Hong Kong Human Rights and Democracy Act in November 2019, which authorised former US president Donald Trump – mentioned five times on the list – to impose sanctions on Chinese officials.

Republican-introduced bills such as the Hong Kong People’s Freedom and Choice Act, meanwhile, were alleged to provide protected status to the city’s “law breakers and offenders”. 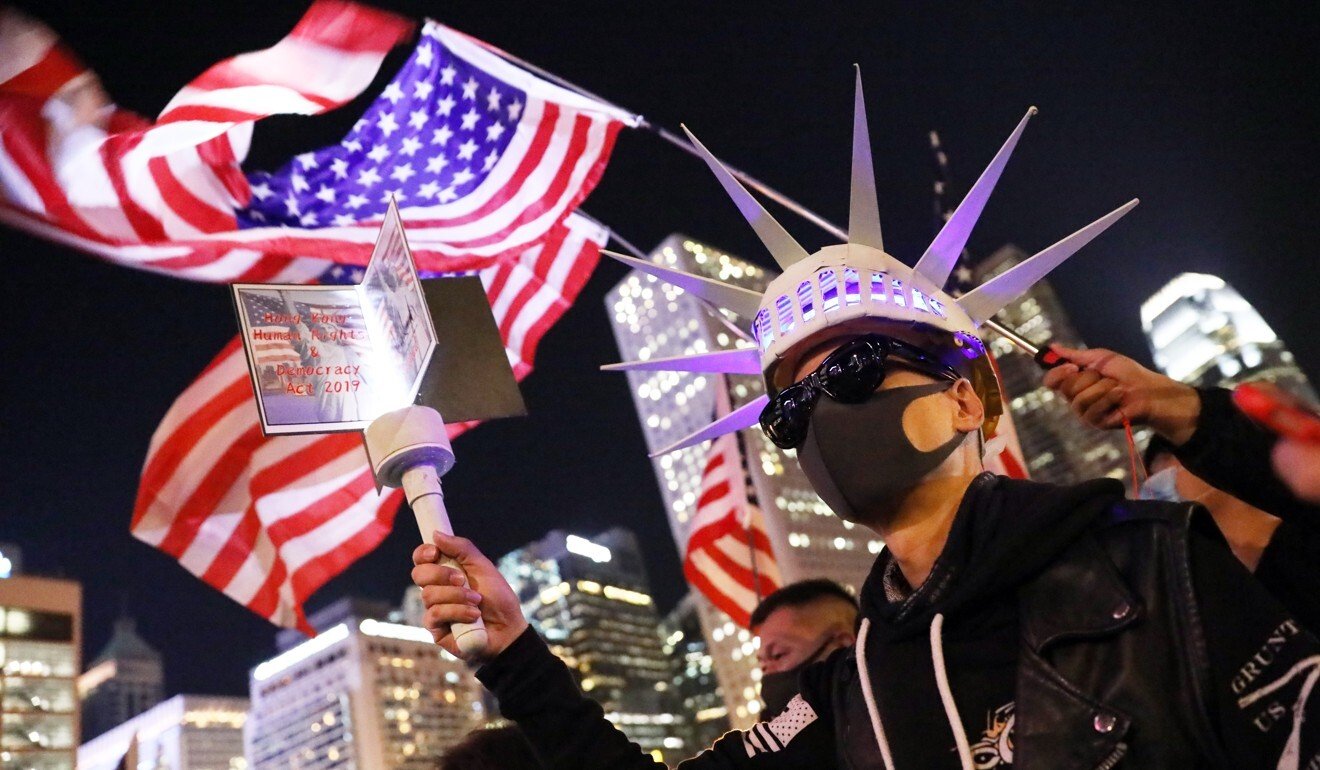 The section cataloguing “unfounded charges” was the longest, with 48 separate items.

One example offered was a statement Biden had issued calling the closure of the opposition-friendly Apple Daily newspaper “a sad day for media freedom” and a signal of “intensified repression by Beijing”.

But while Smith was mentioned on six occasions, his former boss Mike Pompeo – US secretary of state under Trump – was the individual to appear the most times, at 16. The document mentioned the US Congress 17 times and the state department 19 times.

The list also named 15 Hong Kong opposition activists and former politicians said to have ties with the US, including Nathan Law Kwun-chung, who appeared eight times in the document.

In the section labelled “shielding and supporting those who are opposed to China”, the ministry highlighted now-jailed media mogul Jimmy Lai Chee-ying’s July 2019 visit to the US, where he met with then vice-president Mike Pence, Pompeo and others to lobby for US “intervention in Hong Kong affairs”.

Shi Yinhong, an international relations professor at Beijing’s Renmin University, said the statement was to counter recent US efforts – including its recently announced security pact with Britain and Australia – to curb Chinese influence in Asia-Pacific.

“It is a counter move against the US in forming AUKUS, and its ally Japan has shown support in Taiwan’s application to join the [Trans-Pacific trade agreement] ... there is not much new in the statement, but shows the consistent position of Beijing,” Shi said. “China and the US have been in complete opposition ... regarding Hong Kong-related issues, from the time the national security law legislation entered the agenda until today.”

The trilateral security pact between Australia, Britain and the US was announced on September 15, with its high-profile centrepiece the supply of nuclear-powered – though not nuclear-armed – submarines to the former British dominion.

China specialist Natasha Kassam, director of the Australia-based Lowy Institute’s Public Opinion and Foreign Policy Programme, said she believed the move might not be related to the possible Kerry visit.

“I wonder if this is more related to the rumours that the US administration had floated a meeting between Biden and Xi, and the Chinese side reportedly declined,” she said.

“It’s possible that in response to the suggestion that the United States is open to dialogue, Beijing is trying to reiterate their view that the US is more at fault,” she added, citing Chinese foreign ministry spokesman Zhao Lijian’s remark two days ago that the US was trying to shift the blame to “the innocent party”.