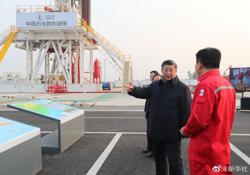 China's ambassador to the US Qin Gang. - AFP

WASHINGTON (Bloomberg): A top Chinese diplomat claimed that China is a democracy, arguing its political system exemplifies the ideals of former US president Abraham Lincoln and the ancient Greeks who invented a representative form of government.

Qin Gang, China’s ambassador to the US, on Wednesday (Sept 22) cited the right of Chinese people to participate in certain elections and consultations over major policies as evidence of a democratic system not unlike that in America.

"Isn’t it obvious that both China’s people-center philosophy and President Lincoln’s ‘of the people, by the people, for the people’ are for the sake of the people?” Qin said in a virtual conference organised by US think tanks The Carter Center and The George H.W. Bush Foundation for US-China Relations.

Qin’s speech was the latest effort by China to redefine some key Western concepts, such as human rights and multilateralism, in pursuit of greater "discourse power” as President Xi Jinping has instructed.

Chinese diplomats have frequently argued that the values of some Western countries, such as the US and Japan, "don’t represent the international community.”

The comments sought to focus on similarities between the world’s biggest economies as they spar over everything from imports of advanced technology to forced labor allegations in Xinjiang to democracy in Hong Kong.

Qin said Washington must act first to improve ties and "lift up the iron curtain” thwarting exchanges between US and Chinese students, academics and artists.

He urged the US to adopt a less hostile strategy toward working with China while calling for "strategic courage and political resolve to chart a new course in China-US relations.”

Xi first publicly used the phrase "whole-process democracy” in 2019 to describe how the government listens to voices outside the party, and it has since gained traction in official rhetoric. Traditionally, more obviously Marxist terms such as "democratic dictatorship” and "socialist democracy with Chinese characteristics” have distinguished the Chinese political system from Western liberal democracy, in which election outcomes aren’t preordained.

Qin also said the Communist Party had the popular support of "over 90%” of the Chinese people, without mentioning that it routinely jails critics and dissidents. He heaped praise on Xi, who in 2018 oversaw a move to scrap presidential term limits that had been in place for more than three decades.

Xi’s rise from "a farmer in a poor village” to work his way through the party ranks, Qin said, was an embodiment of Greek philosopher Plato’s vision that "prime ministers must have served as local officials.”

He did not mention that Xi’s father, Xi Zhongxun, was a CCP revolutionary who fought alongside the party’s founding father Mao Zedong.

Xi "is loved, trusted and supported by the people,” Qin said.

"This is why you often find China’s senior officials elected with an overwhelming majority of votes or even unanimously.”