Three Chinese astronauts are coming home on Friday after a three-month mission to the Tiangong space station, according to the country’s space authority.

The China Manned Space Programme said the Shenzhou-12 spaceship that took the three on the first mission to the new space station will bring them back on Friday ahead of next week’s Mid-Autumn Festival, one of the main times of the year for family reunions.

As preparations for their return were being made at the Dongfeng landing site in northern China, crews at a base in Hainan in southern China were getting ready to launch the unmanned Tianhe-3 cargo ship that will carry supplies to the space station ahead of the arrival of the next manned mission.

The crew of three – Nie Haisheng, the commander, Liu Boming and Tang Hongbo – successfully detached the Shenzhou-12 vessel from the space station’s core module just before 9am Chinese time on Thursday, completing the first step in their return to earth.

Before leaving their home in orbit for the past three months, the trio woke up at 4am to complete a thorough “house cleaning” and to send data from the experiments they carried out on board back to earth.

They also recorded a video message, thanking the ground team and all those who care about China’s space programme.

After detaching their landing vessel from the Tiangong station, the crew conducted their final major experiment in orbit, flying round the space station in Shenzhou-12 to check the vertical docking equipment that will be used in the next mission.

Sun Jun, the chief mission officer, told the state broadcaster CCTV that in future two vessels will be able to dock simultaneously – one vertically and one horizontally.

Sun said vertical docking is much more difficult than horizontal docking as the vessels’ movements mean the pilots have to make constant adjustments to ensure success.

According to the space agency, the crew completed the checks at around 2pm on Thursday and then began their preparations for the return to earth.

They will circle the earth while gradually lowering their orbit from 393km (244 miles) above the earth to 145km, when they will begin the landing procedure.

At a height of 100km above the earth they will turn the vessel around to ensure its heat resistant bottom protects the craft from extremely high temperatures and reduce its speed from 7.9km a second to 200 metres a second

When the spacecraft is 10km above the surface it will deploy parachutes and then ignite its reverse thrusters as it approaches the ground.

Niu Yongjin, commander of the mission’s ground unit, told CCTV that the team had conducted four exercises before the landing. “We are ready. We have been preparing [for this moment] for the past four years,” Niu said.

The trio were the first to travel to the new space station and helped lay the groundwork for future missions. 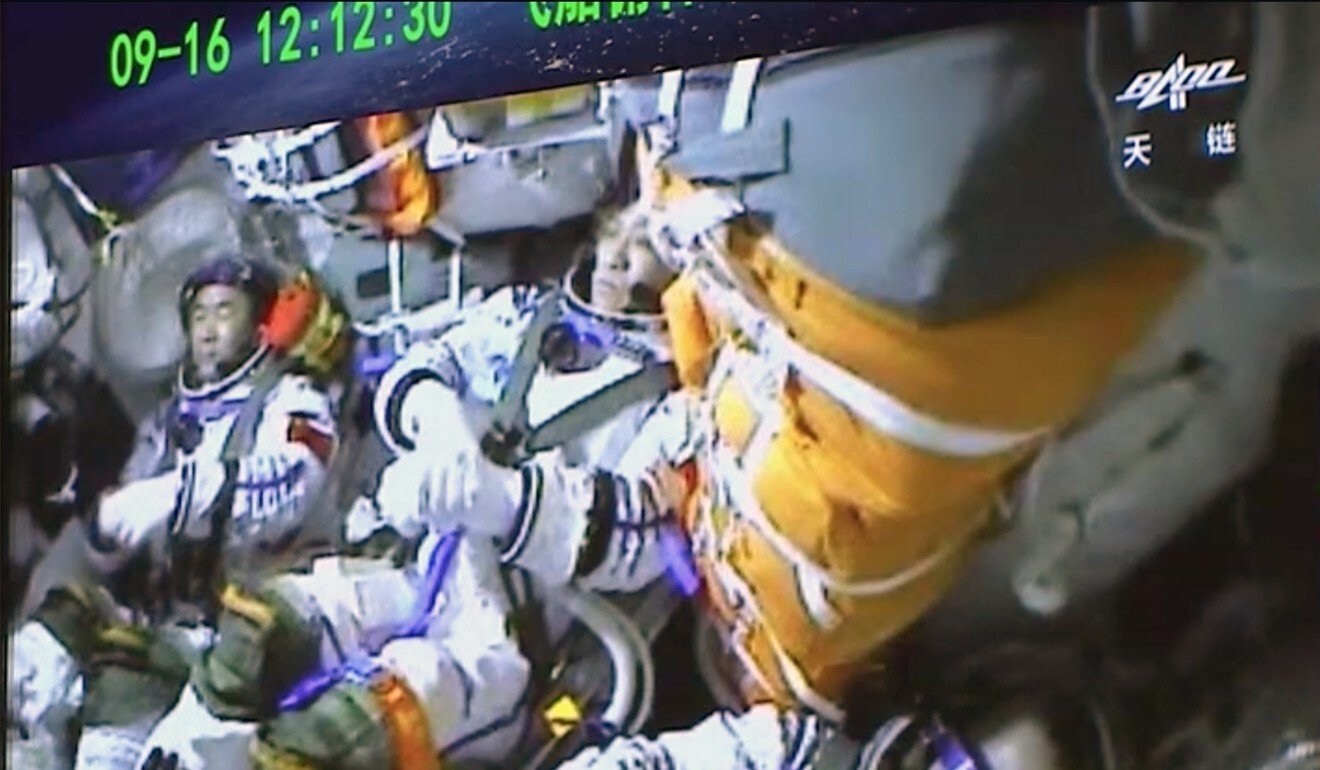 A source from the China Manned Space Agency said on Thursday that a ground team is ready to receive the astronauts at the new Dongfeng landing site in Inner Mongolia.

“[We are] all set now. They are in time for the mooncakes,” said the source, referring to a traditional Mid-Autumn Festival delicacy they prepared for the trio.