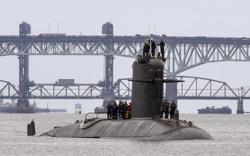 JAKARTA (The Jakarta Post/ANN): United States Defense Secretary Lloyd Austin will become the first member of President Joe Biden's Cabinet to visit South-east Asia this week, seeking to emphasise the importance Washington places on fortifying ties in the region while pushing back against China.

The US has put countering China at the heart of its national security policy for years and the Biden administration has called rivalry with Beijing "the biggest geopolitical test" of this century.

Six months into his presidency, however, South-East Asian countries are still looking for details of Biden's strategy as well as his specific plans for economic, trade and military engagement with the Indo-Pacific.

"You'll hear me talk a lot about partnerships and the value of partnerships," Austin told reporters enroute to Alaska.

"My goal is to strengthen relationships," he said.

In a keynote speech in Singapore on Tuesday (July 27) and meetings in Vietnam and the Philippines, Austin will call out aggressive Chinese behaviour in the South China Sea and stress the importance of keeping the wider region free and open.

Experts say Austin's presence is important to make clear that South-East Asia is a vital component in Biden's efforts.

"The administration does understand that this region is critical, so that's a big part of it: Just showing up," said Gregory Poling, a senior fellow for South-East Asia at Washington's Center for Strategic and International Studies.

An Asian diplomat, speaking on the condition of anonymity, said it appeared the Biden administration was now directing its focus more firmly on Asia after addressing other global issues, such as relations with Russia and Europe.

Austin had been due to visit the region in June, but was forced to postpone due to Covid-19 restrictions in Singapore.

So far the Biden administration has broadly sought to rally allies and partners to form a united front against what it says are China's increasingly coercive economic and foreign policies.

One pillar of engagement that has been conspicuously lacking has been on the economic and trade side after Biden's predecessor, Donald Trump, withdrew from the Trans Pacific Partnership trade pact in 2017.

The administration has made clear it is in no rush to rejoin such a pact, which critics say would cost US jobs, but has been discussing the possibility of smaller agreements such as on digital trade.

The Pentagon has completed a study of its China policy and Austin has issued an internal directive calling for several initiatives, but few details have emerged.

The US Navy has maintained a steady pattern of freedom of navigation operations in the South China Sea and near Taiwan but these appear to have done little to discourage Beijing.

Malaysia, Vietnam, the Philippines, Brunei and Taiwan all have rival claims to Beijing's in the South China Sea and largely welcome a US presence in the face of China's militarisation of the waterway and its vast coastguard and fishing fleet.

Abraham Denmark, a former deputy assistant secretary of defence for East Asia, said Washington was saying "all the right things on competition" with China but there were questions about how it could "translate words into actions and investments."

Austin's priority in the Philippines will be progress on renewing an agreement governing the presence of US troops there, which is of vital US strategic interest.

A deadline for the pact's expiration has been extended several times.

Analysts say Austin will need to strike a balance between stressing the China threat and making clear that Washington sees South-East Asia as more than just a military theatre.

"The emphasis from the region is yes, having the military around is good and welcome, but you need an economic strategy," the Asian diplomat said. - The Jakarta Post/Asia News Network