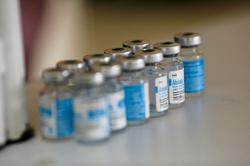 HANOI, July 26 (Bernama): Nguyen Xuan Phuc was elected as State President of Vietnam for the 2021-2026 tenure on Monday during the first session of the 15th National Assembly (NA) in Hanoi.

According to Vietnam News Agency (VNA), a resolution on the election was adopted with all 483 deputies present, or 96.79 per cent of total lawmakers, voting "yes”. The document takes effect right after it was approved by the legislature.

He served as Prime Minister during the 13th and 14th tenures of the legislature, and State President for 2016-2021.

Meanwhile, Pham Minh Chinh was re-elected as the Prime Minister of Vietnam for the 2021-2026 tenure.

A resolution on the election was endorsed by all 479 deputies present, or 95.99 per cent of total lawmakers during the first session of the 15th NA.

Pham Minh Chinh, born on December 10, 1958, is a member of the Party Central Committee in the 11th, 12th and 13th tenures, a Politburo member in the 12th and 13th tenures and a National Assembly deputy in the 14th and 15th tenure. He has served as Prime Minister since April this year. - Bernama 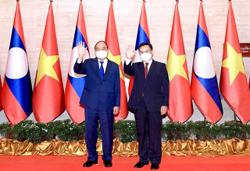