HANOI, June 18 (Bernama): The agriculture sector is set to earn US$ 41 billion from export in 2021, according to head of the Vietnam Trade Promotion Agency, Vu Ba Phu under the Ministry of Industry and Trade (MoIT).

To this goal, developing processing is a key solution to raising product value, thus increasing export earnings, which is also in line with the government’s goal of entering the top 15 countries with advanced agriculture, and top 10 with modern farm produce processing industry.

In fact, efforts to modernise and further promote technology application in post-harvest processing have resulted in an increase of between 5 to 7 per cent in the agriculture sector’s annual added value, pushing the average export turnover up by 8 to 10 per cent per year, Vietnam news agency (VNA) reported.

Nguyen Thanh Tuan, deputy director of the Department of Industry and Trade of the central province of Phu Yen said post-harvest processing is considered a key step in increasing the value of agricultural products and reducing losses, thus helping businesses to seek appropriate markets for their products.

The model of production and consumption chain in this field has also contributed to improving the value of agricultural products.

According to Nguyen Quoc Toan, director of the agricultural products processing and development department under the Ministry of Agriculture and Rural Development (MARD), localities nationwide have attracted over 70 investment projects worth over 59 trillion VND (over US$ 2.54 billion) in processing agro-aquaculture-forestry products since 2017. 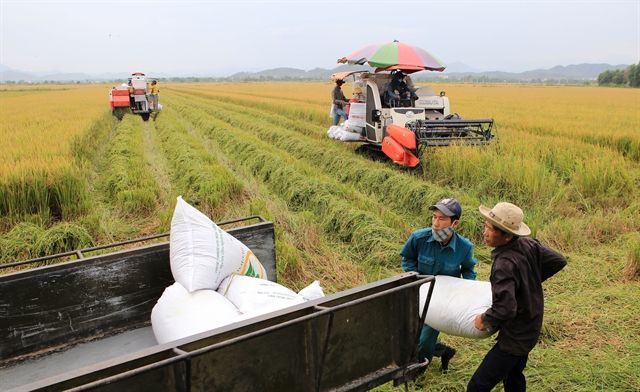 The country earned US$ 22.58 billion from exporting agro-forestry-aquatic products in the first five months of 2021, up 30.1 per cent year-on-year, the MARD reported.

Notably, the export value of key farm produce reached an estimated US$ 7.78 billion in Jan-May, 13 per cent higher than that of the same period last year.

The MARD and the MoIT have organised online conferences with localities to seek solutions to help localities in selling their farm produce amidst complicated developments of the Covid-19 outbreak.

Attention has been also paid to introducing products on prestigious e-commerce platforms such as Alibaba, Amazon, Sendo, Voso and Shopee. - Bernama