Chinese live-streamer Huang Hanwen uses domestic cosmetics brands and spends his time talking about animation, comics, games and short novels (ACGN), as well as domestic, Japanese and Korean celebrities and entertainment news. At weekends, he uses Make Up For Ever and drinks imported whisky mixed with Coke or Red Bull.

Huang is 24, putting him in the same demographic as most of his 300,000 fans from across China – Generation Z, which is helping to drive Chinese consumer spending.

This generation, born from 1995-2010, reportedly buys 15 per cent of all luxury goods sold in China, compared with a worldwide average of 10 per cent. Their expenditures also account for 13 per cent of their total household income, versus just 4 per cent in the US and Britain, according to a survey.

The willingness and desire of young Chinese people to spend their hard-earned income, and that of their families, is also playing an increasingly large role in driving China’s economic development, while outpacing the consumption habits of their peers in the West.

We love watching TV series and videos of Chinese ‘ancientry’ style and ACGN. But we rarely talk about politics and the authorities, which are risky to discuss in public
Huang Hanwen

“My fans think I am handsome and look like Japanese and Korean stars,” Huang says. “Young people my age are very concerned about their appearance. I and many of my fans are willing to spend 40 per cent or more of our income on cosmetics, aesthetic medicine and clothing.

“And we also enjoy spending on whisky, vodka and blind boxes of art toys. We love watching TV series and videos of Chinese ‘ancientry’ style and ACGN. But we rarely talk about politics and the authorities, which are risky to discuss in public.”

Huang became a contracted live-streaming host for a leading video-streaming social platform in China in 2016 when the concept was still in its infancy.

Dressed in ancient clothing traditionally worn by China’s dominant Han ethnicity, Huang sings Chinese pop songs and chats with his fans. He needs to entice 240,000 people a month to watch at least a minute of his live stream so he can earn his base salary. In addition to the monthly rewards he receives from fans, Huang’s monthly income ranges from 10,000 yuan (US$1,540) to 40,000 yuan.

“My plan is to attract more than 1 million fans on several Chinese live-streaming social media platforms,” he said, adding that he could earn more than 100,000 yuan (US$15,000) per month through advertising and promoting brands online.

The number of Chinese millennials (born between 1980-95) and those from Generation Z has reached 386 million, accounting for 27 per cent of the population.

Most do not have siblings, and their peers are more like competitors. Their affinity for the internet is much higher than that of their parents, making them eager for a sense of belonging.

According to China’s “Gen Z White Paper” by Kantar and Tencent, 46 per cent of China’s Generation Z think the goal of consumption is to seek identity recognition, with social, personal style and immediate pleasure seen as their leading motivators.

Some 42 per cent of Chinese born in the 1960s are willing to socialise with acquaintances, according to the survey, but the figure is only around 33 per cent among those born in the 2000s, as they take solace in consumption.

“I will spend all of my salary every month, 40 per cent for rent and meals, and 60 per cent for beauty, fitness, travel and clothing. Travel is a must every month,” said Monica Liu, 25, who has an annual income of 250,000 yuan (US$38,500) from her job working in sales for a medical device provider. “I think people around my age are still a generation pursuing designer luxury and will spend a lot of money on European and American brands.

“I come from a middle-class family from Shandong [in northeast China], I shop at Michael Kors and Coach. Friends and colleagues from wealthier families, they shop at Chanel or Gucci. But the younger ones, those born after 2000, may be different from us in spending habits.

“Now, many emerging cosmetics and fashion brands of clothing are domestic brands. For example, many teenagers now like Urban Revivo, which is a local brand in Guangzhou.”

Yu Mingqian, 21, lives in Zhumadian, a small city in Henan province, and dreams of spending her money on the gym, travel and imported cosmetics with her friends.

Yu borrowed 70,000 yuan from friends and family this year to set up a children’s painting studio, charging each student 3,000 yuan for a year’s course.

“I have already taken a fancy to a Coach bag,” she said. “If the investment goes well, I would like to buy Gucci shoes next year.”

A survey released by OC&C Strategy Consultants showed that of 15,500 young people born in 1998 or later in nine countries – China, the United States, Britain, France, Germany, Italy, Poland, Turkey and Brazil – China’s Generation Z saves less and spends a much higher proportion of their household income than in the Western world.

Expenditures among China’s Generation Z account for 15 per cent of their household income, compared with 4 per cent in France and Germany and 3 per cent in the US and Britain, the survey said.

How big is China’s debt and who owns it?

Although their average monthly disposable income is only around 3,500 yuan, China’s Generation Z spends a lot of their families’ money.

Meanwhile, compared with the generation born in the early stage of China’s reform and opening up, China’s youth have a stronger sense of identity with traditional culture and cultural nationalism, which has driven demand for domestic brands and products that incorporate Chinese traditional style and culture, a trend known as guochao that serves as an emotional outlet for self-expression.

The sales of hanfu, referring to traditional Chinese garments worn by the Han ethnic group before the Qing dynasty in the 1700s, increased from 190 million yuan (US$30 million) in 2015 to 4.52 billion (US$696 million) in 2019, with half bought by China’s Generation Z.

The group is generally optimistic about China’s economic development and think property is the most reliable form of wealth in the country.

Many of my friends have several or even up to a dozen credit cards at the same time, and online loans are also very common too
Yu Mingqian

“I’ve been to several countries in Europe and America for business or leisure. I am optimistic about China’s economic development, especially the performance of China’s economy under the pandemic,” Liu added. “But on the other hand, the mortgage pressure in China’s first-tier cities is too huge. I feel that I will not be happy for a lifetime if I buy one [flat] in Shenzhen. Except for living expenses and mortgage, there is no balance for eating, drinking and playing.”

According to data from the People’s Bank of China at the end of June, the total amount of credit card bills overdue for more than six months had soared to 85.4 billion yuan (US$13 billion), more than 10 times that of 10 years ago. And around half of those who owe the debt were born in the 1990s.

“Many of my friends have several or even up to a dozen credit cards at the same time, and online loans are also very common too.” Yu said.

An HSBC survey in 2019 showed the debt-to-income ratio of China’s youth born in the 1990s had reached a staggering 1,850 per cent. 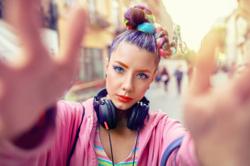 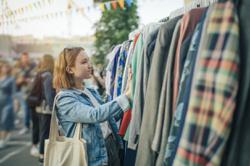