A number of US senators on Thursday introduced a draft measure, titled the Strategic Competition Act of 2021, which is to be reviewed by the US Senate Foreign Relations Committee next week. The act proposes sanctions on more Chinese officials over Xinjiang, cancelling restrictions on mutual visits between US and Taiwan island officials, providing military assistance worth billions of dollars to Indo-Pacific allies, and monitoring China's ballistic missiles.

Also on Thursday, the US Department of Commerce added seven Chinese supercomputing entities to a US economic blacklist. This is the first time since US President Joe Biden took office that it expanded the scale of the list to crack down on Chinese companies. It is the incumbent administration's continuation of policies of the previous administration to suppress China's high-tech companies.

The US is completing its nationwide mobilization for its strategy to contain China. Those senators drafted and pushed forward an act to carry out full-fledged competition with China, showing their strong hostility toward China, which has become one of the few bipartisan consensuses in US politics.

There is no lack of political conditions in the US under which the latest act will get the green light.

If it gets approved, it will further strengthen the US policy orientation to suppress China. Of course, the Biden government has huge room to maneuver. For instance, the act calls for cancelling the restrictions on the mutual visits between US and Taiwan officials. Former secretary of state Mike Pompeo announced the cancellation upon his departure from the post, but what the new government will do is still in the hands of Biden's core team.

The Trump administration almost destroyed the original framework of China-US relations with a piecemeal approach. Biden is inheriting the destructive results of his predecessor and systematising the China containment policy. The Biden team does not exclude the possibility of cooperating with China that could benefit the US, in a bid to reduce the counter-effect of confronting China. It emphasizes aligning with allies to balance China and tries to create an iron curtain of the whole of the West to contain China, with the ultimate motive of crushing China.

This is the fundamental overthrow of the world's peaceful development after the Cold War. Over the years, China has not fired a shot or overthrown any regime. It realized development via hard work and eliminated poverty. It also played a pivotal role in withstanding several major global crises. Only because China's political system is different from the US' and China managed to narrow its gap of strength with the US in a short period of time, the US views China as a foe and carried out an overall containment of China. These actions are extreme and go against human civilization.

However, it is not the right time to reason with Washington.

China has three "weapons" to counterattack US offensives. One is the internal driver of China's development. The fundamental reason for China's progress over the years is that it has found its development path. China is yet to bring all of its potential into full play. China must unleash its potential to ensure the Chinese economy grows the fastest among major economies in the years to come and keep narrowing the gap of strength between China and the US.

Second, China has become the biggest trader of goods in the world and has huge attractiveness for economic cooperation. China's business partners are all over the world. The US can woo the EU to attack China's human rights, but can hardly deal a blow to China-Europe economic cooperation. Economic cooperation is a good card in the hands of China from which China can maintain and develop normal relations with most Western countries. It is difficult for the US to organize a real anti-China alliance among Western countries, and China should try to add to this difficulty.

The third weapon is China's firm stance. Since the trade war, China has been level-headed during struggles with the US - it does not retreat or make impulsive actions. China's political system, traditional culture and a balanced power structure shape its strategic steadiness. The US wants to defeat China in a sprint with its comprehensive advantages, but China is eyeing a marathon. China has the ability and qualifications to extend the race, and it will be the final winner. - Global Times 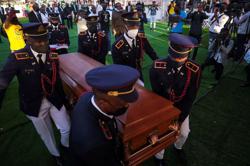 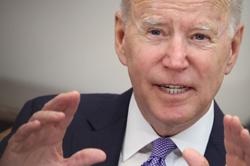