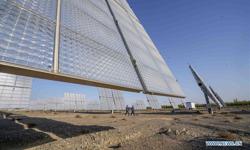 On July 1, the day China’s Communist Party celebrates its 100th anniversary, the country will also mark another milestone – when its newest hydropower plant is powered up for the first time.

The 170 billion yuan (US$26 billion) Baihetan Dam on the Jinsha (Yangtze) River, in the southwestern province of Sichuan, has raised eyebrows for the speed of its construction. It took only four years to build the world’s largest arch dam, despite the treacherous terrain and remote location, with the help of artificial intelligence technology.

Baihetan’s expedited construction reflects an acceleration in China’s plans to expand its hydropower capacity as a source of renewable energy.

However, while some have touted hydropower’s clean energy credentials, others say it could cause immeasurable damage to biodiversity, land erosion, the loss of cultural and archaeological sites, and the forced relocation of more than a million people. Dam-building on rivers that originate in China has also caused considerable friction with the countries downstream.

Although the government has yet to reveal a detailed approach to meet President Xi Jinping’s ambitious target of achieving carbon neutrality by 2060, hydropower featured strongly in its five-year plan for 2021 to 2025 as well as its 2035 vision, both of which were passed by China’s top legislative body in March.

In those plans, the government stated its intention to “step up hydropower facility construction in southwestern China” while boosting wind and solar power to construct a modern energy system.

Aside from Baihetan, China has plans to build a massive hydropower plant on the lower reaches of the Yarlung Tsangpo River, which originates in Tibet before flowing into India as the Brahmaputra.

“While ensuring quality, we should develop the dams with ‘China speed’,” Lu said. “Construction of hydropower plants can benefit irrigation, shipping and power generation, with huge social and economic value.”

It is estimated that the dams on the lower reaches of the Yarlung Tsangpo will be able to generate 70 gigawatts of hydropower, more than triple the capacity of the Three Gorges Dam.

Built on the Yangtze River in central China, the Three Gorges Dam generated 103.1 billion kilowatts of electricity last year, reducing emissions by 86.7 million tonnes of carbon dioxide, according to its operator.

Lin Boqiang, dean of Xiamen University’s China Institute for Studies in Energy Policy, said China was set to expand hydropower capacity because water - rather than nuclear, wind or solar energy - was the cheapest clean energy that could be used stably.

“Dam-building is still controversial in China because of environmental concerns,” Lin said. “However, opposition is not as strong as before, because the need to achieve carbon neutrality is more pressing.”

Limited water resources and possible disputes with neighbouring countries over the impact on the lower reaches of rivers also needed to be taken into account, he added.

China’s dam-building drive started in the 1950s and has been stepped up in the past two decades. By the end of 2018, Chinese hydropower had 352GW of capacity, 28 per cent of the global total and more than three times that of any other nation.

By the time Baihetan gears up to full capacity late next year, China will be home to five of the world’s 10 biggest hydropower plants.

That rate of development has raised concerns over their wider impact. China Biodiversity Conservation and Green Development Foundation, an environmental group, said it was keeping a close watch on the new dam construction projects.

“It has been proven that dam construction causes harm to the ecological system and impacts wildlife habitats, and construction of the mega projects involves huge carbon emissions,” Wang Jing, spokeswoman for the foundation, said. “We are worried that some places would gear up development of hydro projects to cater to the government’s goal of achieving carbon neutrality.”

Wang said dam-building would threaten the habitat of endangered species such as the green peafowl and the critically endangered Chinese maple. Citing the threat to the latter’s survival, the foundation filed a lawsuit against a hydropower company in 2015 over construction of a power station in the country’s southwest.

Local courts in Yunnan and Sichuan provinces last year upheld the foundation’s claim and asked the state-owned firm, Yalong River Hydropower Development Company, to include the tree in its environmental assessment to submit to the authorities before it could continue.

Fan Xiao, a geologist and chief engineer of the Sichuan Geology and Mineral Bureau, said dams had adverse effects on the local ecological environment, especially for aquatic animal biodiversity.

They slowed down the speed of water flow and decreased the capacity and purity of water, leading to the destruction of aquatic animal habitats and the obstruction of fish migration, Fan said.

Chinese scientists in 2019 announced the extinction of the Chinese paddlefish, one of the world’s largest freshwater fish species and a native of the Yangtze River system. Also known as the Chinese swordfish, it grew up to 7 metres (23 feet) long and is believed to have vanished between 2005 and 2010.

The researchers found that, besides overfishing, the construction of the Gezhouba Dam on the Yangtze from the 1970s was a major contributing factor in the decline of the species, by blocking the fish off from their only spawning grounds upstream.

It was the latest blow for the 6,300km (3,915-mile) Yangtze ecosystem. Two other species native to Asia’s longest river have been declared functionally extinct: the reeves shad, a fish, in 2015, and the baiji, or Yangtze River dolphin, in 2006. The finless porpoise and the Chinese sturgeon are on the critically endangered list.

The struggling river system contains more than 4,000 aquatic species, but dam-building, overfishing, water traffic and pollution have taken a toll, with fish stocks dwindling and biodiversity in rapid decline, according to the scientists.

Fan said that building more hydropower plants was not the best way to reduce carbon emissions.

“Water is a clean energy, but we cannot ignore the massive carbon discharge from the process of dam construction, earth excavation and resident migration,” Fan said. “Talk of hydro development only serves vested interests and local governments, to spur GDP, disguised as pursuing carbon neutrality.”

Hydropower is “highly problematic and should not be used as a primary technology to achieve carbon neutrality”, said Judith Shapiro, a professor of natural resources and sustainable development at American University.

The environmental concerns extend beyond China’s borders. “China controls the Tibetan Plateau, often known as the ‘water tower of the world’ or the ‘third pole’, where so many rivers critical not only to China but also to South and Southeast Asia have their headwaters,” Shapiro said. “As the upstream party, China wields enormous power over these riverine lifelines for its neighbours.”

Che Dalha, deputy Communist Party chief of western China’s Tibet autonomous region, said this month that authorities there should “strive to begin construction” of the Yarlung Tsangpo dams this year.

But the project has triggered concerns over the dams’ impact on the ecosystem and river flow downstream in India and Bangladesh. It is not the first time China has clashed with neighbouring countries over its dam projects.

A series of dams built along the Lancang (Mekong) River in Yunnan province since the 1990s have been a source of tension with downstream countries, especially Thailand and Vietnam. Last year, a US-funded study by the research and consulting firm Eyes on Earth accused China of causing serious droughts along the lower Mekong by holding back large quantities of water, a claim that China denied.

Why does China care so much about stalled dam project in Myanmar?

Meanwhile, a series of dams planned on the headwaters of the Nu (Salween) River, which flows into Myanmar, were stalled in 2016 over fierce public opposition and environmental concerns. Five years earlier, a Chinese dam-building project on the Myitsone River in Myanmar was also suspended by the Myanmarese government. Neither project has so far proceeded.

“China-financed dams on the Mekong and Salween are already extremely contentious,” Shapiro said. “Given China’s difficult relationship with India, planned dams on the Brahmaputra are attracting intense attention, nervousness and anger.”

One expert at a state energy research institute, who requested anonymity because he was not authorised to speak to non-mainland media, said that China’s expansion of its hydropower capacity could nonetheless happen in an “environmentally friendly” way.

“Some countries may politicise China’s dam-building efforts and worry about China taking control of water supply,” he said. “China will discuss the issue and work together with neighbouring countries, trying to dispel their worries.”