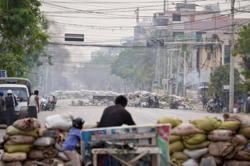 Nearly 250 people are confirmed dead in protests since the Feb 1 military coup, according to tolls compiled by NGOs, and more than 2,300 others have been arrested.

International condemnation from Washington, Brussels and the United Nations has so far failed to halt the bloodshed.

“The project is suspended, ” an EDF spokesman said on Sunday of the dam project.

The Shweli-3 671MW project, still at an early planning stage, is run by a consortium of EDF – the Japanese Marubeni conglomerate and local company Ayeyar Hinthar.

NGOs welcomed the decision, with Justice for Myanmar calling Shan State, where Shweli-3 is located, a region with “ongoing conflict and systemic grave human rights violations”.

In a letter to Justice for Myanmar and published on the NGO’s website, EDF said “the respect of fundamental human rights” was a condition for all of its projects.

Several NGOs have also been pushing French energy giant Total to pull out of Myanmar, with Greenpeace accusing the company of being one of the military regime’s main financial contributors.

Total issued a statement Friday in which it said it conducts its activities “in a responsible fashion, with respect for the law and for universal human rights”.

“We are concerned by the current situation and we hope that a peaceful resolution, reached through dialogue, will allow the Myanmar people to pursue their quest for peace and prosperity, ” the statement said. — AFP 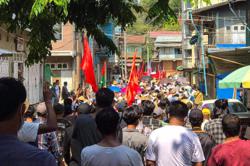 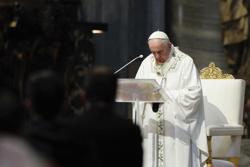