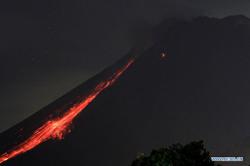 Lava flows down from the crater of Mount Merapi, Indonesias most active volcano, as seen from Kaliurang in Yogyakarta on March 8, 2021. - AFP

JAKARTA, March 8 (Xinhua): The Indonesian government reported on Monday four new confirmed cases of the virus variant originally discovered in Britain known as B117, a more transmissible variant than Covid-19.

The new cases were announced by the country's health minister Budi Gunadi Sadikin at a press conference on Monday.

The four people who contracted B117 have recovered from the virus, he said, adding that authorities were currently conducting contact tracing following the detection.

To date, Indonesia has detected six cases of the new variant.

The detection of the first two cases of B117 in the country was announced earlier in March. 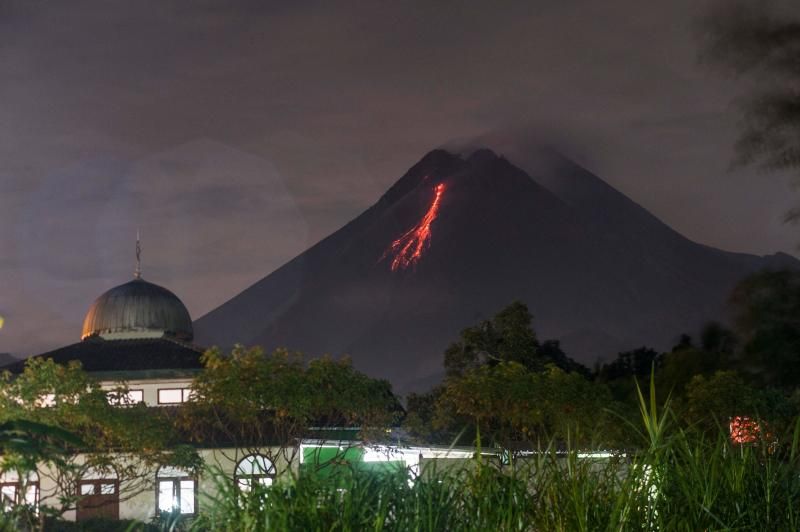 Meanwhile, Indonesia's most active volcano Mount Merapi emitted hot clouds streaming down to a distance of 1,300m to the southwest on Monday, the Geological Disaster Technology Research and Development Center said.

"The seismograph recorded hot cloud avalanches with an amplitude of 51 mm and a duration of 115 seconds," the centre's head said.

The cloud avalanches occurred at 04:51 a.m. local time, the head noted, adding that the volcano belched incandescent lava 12 times to a distance of 800 meters to the southwest between 00:00 a.m. and 06:00 a.m. local time.

On Sunday night, the center recorded that Merapi was also releasing hot clouds three times rolling down to a distance of 1,500 meters to the southwest.

Merapi is currently at the third-highest level of the alert status. 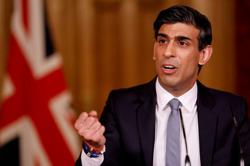