Dr Sa Sa, seen here speaking to the Straits Times during a Zoom interview on Feb 23, has been appointed as Myanmar representative for the UN to represent the CRPH. - ST

YANGON (Eleven Media Group): The Committee Representing Pyidaungsu Hluttaw (CRPH), a 17-member body of lawmakers forced to go underground following the military coup on Feb 1, announced that it has nominated Dr Sa Sa as its representative to the United Nations (UN) and Htin Lin Aung as its representative for international relations.

The announcement said Dr Sa Sa is appointed as Myanmar representative for the UN to represent the CRPH on Feb 23.

He established the “Health and Hope” foundation to carry out development activities in Chin State including the healthcare system. He was assigned as a member of the election winning committee for the NLD party in the 2020 general election.

Htin Lin Aung was appointed as representative of international relations on Feb 22.

The announcement said the office of the international relations for the CRPH opened in the Maryland State, United States on Feb 22.

Htin Lin Aung lives in Maryland and was involved in the 1996 and 1998 student movements and 2007 Golden Saffron Revolution. He is also a political prisoner.

Some organisations welcomed the appointments of Dr Sa Sa and Htin Lin Aung.

Although Tatmadaw seized power on Feb 1, candidates from the NLD party took the oath on Feb 4 to form the CRPH with 15 members on Feb 5. On Feb 10, two candidates representing Kayah and Ta'ang joined the CRPH. - Eleven Media Group/Asia News Network 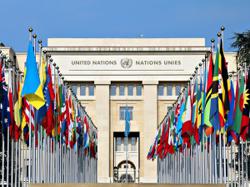