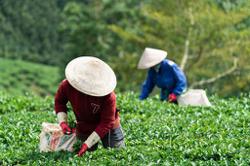 The delegation commended the first-year implementation progress made by PAFO and WCS, in collaboration with local government and surruonding communities, towards the development of the Participatory Wetlands, Landscape, Landuse, and Livelihoods Assessment, Mapping, and Planning (P-WELLLAMP) in Champhone District.

As part of this head-starting program, eggs of C. siamensis collected from the wild are artificially incubated and reared in captivity for about two years until attaining a total length of 75–100 cm.

The offspring are then released into the Xe Champhone wetland managed by community members as a conservation or “sacred” zone where wildlife (including crocodiles) are protected from hunting.

Since 2008, the WCS has worked on wetland landscape focusing on developing Village Conservation Teams to monitor the crocodile’s head-starting program. To date 65 C. siamensis individuals have been successfully incubated, reared and released back to the wetland in 2012, 2013 and 2015.

The Siamese crocodile is known for being shy and elusive and staying away from humans. The local communities of Xe Champhone have protected these crocodiles for centuries under traditional beliefs, while they were diminished by hunting across most of South-East Asia.

Through the interventions in Xe Champhone, EU/AFD ECILL project will directly address three of the five strategies identified in Laos’ National Biodiversity Strategy and Action Plan (NBSAP) to meet the requirements of the Convention on Biological Diversity (CBD), while also supporting Lao PDR’s commitment to the Ramsar Convention on Wetlands of International Importance, through its diverse, integrated activities promoting wise-use of Wetland resources and protection of Wetland biodiversity and ecological functions. 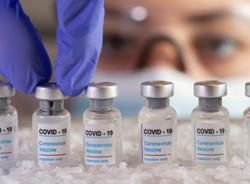