THE Health Ministry said the country had received a batch of the Sinopharm Covid-19 vaccine donated by China and was reviewing a vaccination programme.

In March 2020, at the outset of the Covid-19 pandemic, Brunei provided assistance to China, which underscored the close bilateral cooperation towards managing the pandemic, the ministry said.

It added that it was still reviewing the plans for the distribution of the vaccine in accordance with the recommended priorities.

According to the Chinese embassy in Brunei, the sultanate’s Second Minister of Foreign Affairs Haji Erywan attended the handover ceremony on Tuesday and held a discussion with Yu Hong, the Chinese ambassador to Brunei.

Haji Erywan expressed his gratitude to China, saying that it is the first batch of Covid-19 vaccine received by Brunei, which is considered a gift given by the Chinese people to the people of Brunei, reflecting the long-term traditional friendship and deep wutual trust between the two countries. 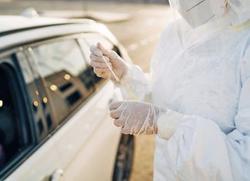