The European Union’s initiative to cut its reliance on the US dollar is the latest show of scepticism towards American efforts to rebuild multilateralism amid the emergence of new regional powers such as China, analysts said.

The European Commission outlined plans on Tuesday to increase the role of the euro in international payments and investments, so the European Union (EU) becomes less dependent on outside financial centres and the US dollar system.

European market players should cut their use of clearing houses outside the EU and increasingly work with those based inside the 27-nation bloc, it said.

The EU appears to be signalling to the new US administration – which began its term with Joe Biden’s inauguration on Wednesday – its view on the inevitability of a multipolar world, putting the president’s goal of a “return to multilateralism” very much in doubt, analysts said.

What seems to be happening is that regardless of who occupies the White House, we are living in a more polycentric world
Juscelino Colares

“What seems to be happening is that regardless of who occupies the White House, we are living in a more polycentric world,” said Juscelino Colares, a professor of business law and political science at Case Western Reserve University in Ohio.

By using the US dollar clearing mechanism to cut off access to foreign governments, institutions and individuals, Washington can pressure countries to follow US policies.

As geopolitical tensions with the US have broadened in recent years, China, Russia and Europe have sought to decouple from the dollar to minimise disruptions to their trade and investment activities from US hostility.

Europeans were affected by the Trump administration’s decision in 2018 to withdraw from the nuclear deal with Iran and reimpose sanctions, in part by restricting Tehran’s access to the US dollar payment system. This created difficulties for the EU companies doing business with Iran, including their ability to buy oil.

And in a last gasp effort to enact its foreign policy, the Trump administration informed Germany it would sanction the Russian pipe-laying ship Fortuna involved in construction of the Russian-led Nord Stream 2 gas pipeline from Russia to Germany.

Similarly, the Trump administration has unleashed a barrage of financial actions against Chinese companies and individuals, escalating US-China rivalry over technology and trade.

In response, China is also taking measures to reduce its reliance on the US dollar and build an alternative financial network to SWIFT, the main international payments information system based in Belgium.

The share of the US dollar in global payments stood at 38.7 per cent in December, slightly more than euro’s 36.7 per cent, and well above the yuan’s 1.9 per cent, according to SWIFT data.

In October, the US dollar lost its crown briefly as the world’s most used global payments currency, slipping behind the euro for the first time since August 2013. The euro fell back into second place the following month.

The EU is concerned about being left out of the emerging global landscape, in which the US and China are by far the biggest economic and diplomatic actors on the world stage
Emily Mansfield

Likewise, increasing the international use of the euro is not only a way for Europe to develop greater “strategic autonomy” from the US, it would also help it develop a greater geopolitical presence, Mansfield said.

“The EU is concerned about being left out of the emerging global landscape, in which the US and China are by far the biggest economic and diplomatic actors on the world stage,” she said.

Thanks to China’s successful containment of the pandemic and quick economic recovery, competition with the US is likely to intensify and become central to the remapping of globalisation and geopolitics, said Jean Boivin, head of the BlackRock Investment Institute.

With the size of China’s economy expected to overtake America’s later this decade, there is a need for investors to ensure exposure in both poles of global growth, Boivin said. Even as its growth rate has slowed over time, China’s share of global gross domestic product is approaching 20 per cent – more than four times its weight in 2000.

China is opening up its markets to foreign investors as it seeks to develop key technologies, where it has lagged behind the US.

The investment treaty agreed to by the EU and China late last year will guarantee Germany greater access to the Chinese market, in which one-third of all German-brand cars are sold and where more than 5 million cars are produced per year.

Liam Hunt, an analyst at Gold IRA Guide, said there was growing international consensus that the US economy was no longer as dominant as it once was and Europe was adopting a strategy that gave weighting to Beijing, Brussels, and Washington.

In 2019, 56 per cent of EU imports were paid for in US dollars and 45 per cent of total trade within the union was done in dollars, more than any other currency, including the euro, which stood at 41 per cent.

But the signing of the EU-China investment deal signals Europe believes it cannot afford to ignore the world’s largest market, even as the US accuses China of committing “genocide and crimes against humanity” against the Uygur ethnic group, Hunt said.

“Both Brussels and Beijing recognise the inevitability of a multipolar world shared with the United States,” Hunt said. “Countries are diversifying their trade and export networks beyond Washington.” - South China Morning Post 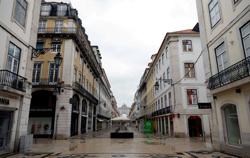