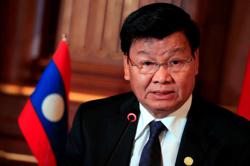 President Xi Jinping, general secretary of the Communist Party of China Central Committee, delivering an important speech at the Fifth Plenary Session of the 19th Central Committee of the CPC, which concluded in Beijing on Oct 29, 2020. - Xinhua

Xi, who is also general secretary of the Communist Party of China Central Committee, made the remark when elaborating on the proposals for the formulation of the 14th Five-Year Plan (2021-25) for National Economic and Social Development and the Long-Range Objectives Through the Year 2035 at the Fifth Plenary Session of the 19th CPC Central Committee, which was held last week.

In his speech, which was made public on Tuesday (Nov 3), Xi said building the new development pattern calls for expanding the domestic market and deepening supply-side structural reforms so that the domestic market will become the main source of demand.

However, he stressed that the pattern is by no means closed domestic circulation but open "dual circulation" with the domestic market as the mainstay while the domestic and international markets complement each other.

Shaping a huge and efficient domestic economy will help attract global resources and production factors to meet domestic demand, raise the level of the country's industrial and technological development, and ultimately contribute to creating new strengths in international economic cooperation and competition, he added.

Xi explained that China's decision to build the new development pattern comes as a result of changes in the global political and economic climate, which are characterized by rising anti-globalisation and mounting unilateralism and protectionism in some countries.

Under such circumstances, China's development must depend more on its domestic market, he added.

Xi underlined the need to push for high-quality growth during the 14th Five-Year Plan, and called it a "scientific judgment" made in line with the changes in China's stage of development, as well as its environment and conditions.

China remains and will, in the long term, stay at the primary stage of socialism, Xi said, adding that it is still one of the biggest developing countries in the world, and development remains the top priority of the Party in governing the country.

He said the main problems in China's development in the new era are focused on the quality of growth and emphasized that efforts must be made to improve the quality and efficiency of the country's development.

Given the complex external environment, he said, the key to preventing and defusing risks and dealing with the external challenges is to "manage our own business", as well as improve the country's development quality and international competitiveness.

Xi called for concrete efforts to promote reforms in development quality, efficiency and driving forces to enable more development benefits to be delivered to all people and to meet people's aspirations to live a better life.

Noting that unbalanced and inadequate development remains a prominent problem in China, Xi stressed the importance of promoting common prosperity among all the people in the mid-and long-term development blueprint.

He warned that at present and in the foreseeable future, China will have to face increasing risks. He called for coordinating development and security, and strengthening the awareness of both opportunities and risks and taking effective steps to cope with various risks and challenges on the way to advancing the country's modernization drive.

Xi told the meeting's participants that the CPC Central Committee will announce victory in completing the building of a moderately prosperous society in all respects after conducting a systematic assessment of China's overall development in the first half of 2021.

The full text of the proposals of the CPC Central Committee on the country's mid-and long-term development blueprint, adopted by last week's Party meeting, was released on Tuesday.

The document comprises 15 chapters, laying out the guiding principles, development goals and policy directions for China's development in the next five years as well as the targets for 2035. It also identifies the key tasks in areas including technological innovation, industrial development, rural vitalization, regional development and opening-up. - China Daily/Asia News Network 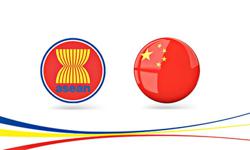