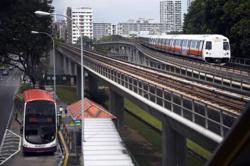 THE city-state’s public transport system has been ranked top in the world by a travel website based in the United States, Far & Wide, beating other cities like London and Hong Kong.

The website cited high commuter satisfaction rates and affordable charges even for tourists for the republic’s top billing.

Tourists pay S$10 (RM30.50) for unlimited rides on buses and trains for a day in Singapore.

In Singapore, children who are 0.9m tall and below ride for free.

The McKinsey survey showed that about 86% of respondents were satisfied with Singapore’s public transport system, the highest score among the top 20 cities.

“Why are so many people pleased? To start, Singapore boasts cutting-edge electronic services, including a newly enhanced trip planner, and ticketing options, like an easy-to-use EZ-link card that handily connects to an app, ” said Far & Wide.

The website added that one could not expect anything less from Singapore, which it described as a tech-savvy hub.

The website also noted that the government was undertaking ambitious plans to further expand and increase the reliability of the MRT system.

As part of improvements to the public transport network, the Land Transport Authority announced on Sept 28 that it bought 40 new trains for the North-South and East-West MRT lines, the first of which will start running in 2024. — The Straits Times/ANN 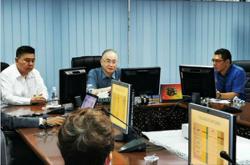