A BANGKOK court agreed to grant class action status to more than 700 Cambodian families suing a Thai sugar firm for evicting them from their homes, a lawsuit that human rights experts see as a test case for transboundary disputes.

The lawsuit against Asia’s largest sugar producer Mitr Phol, for the evictions in 2008-09, is the first class-action lawsuit filed in a Thai court by plaintiffs from another country against a Thai company operating outside Thailand.

“The decision rightly recognises that national borders must not provide corporations with a free pass, nor should they pose a barrier to anyone seeking justice for alleged human rights abuses, ” she said.

A spokesperson for Mitr Phol did not respond to requests for comment.

Mitr Phol has previously said it had received the land concessions in compliance with local and national laws, and that it withdrew from the project in 2014, and had recommended that the government return the land to the communities.

Following protests, Cambodian Prime Minister Hun Sen announced a moratorium on new concessions in 2012, promised to review old ones, and set up a land titling programme to resolve disputes.

However, the reviews did not always lead to significant changes, and land was often retained by the government after concessions were cancelled, according to land rights activists.

The farmers in Oddar Meanchey province in north-western Cambodia said their homes were bulldozed and razed to the ground, and that they had not been compensated or resettled.

Yesterday’s ruling allows the families to bring the case in a country with a more robust legal system, and saves them the cost of filing individual lawsuits, said Eang Vuthy, executive director of human rights group Equitable Cambodia. — Reuters 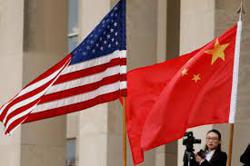 Cambodia slams US politicians for interfering in country's internal affairs