Workers' Party chief Pritam Singh (centre) talking to a resident during a walkabout at Kovan Hougang Market and Food Centre on July 2. With him is former party chief Low Thia Khiang. - ST

SINGAPORE (The Straits Times/ANN): Workers' Party chief Pritam Singh on Thursday (July 2) pushed back on the suggestions that the WP is just a lite version of the PAP, calling the claim made by Foreign Minister Vivian Balakrishnan during a televised debate an electoral ploy.

Asked during a walkabout in Kovan on Thursday about Dr Balakrishnan's remarks that the WP manifesto outlined positions so similar to that of the PAP that the ruling party could have written it, Singh said: "If that was the case, I hope the PAP takes up all our manifesto points and introduces them into their agenda, because that will really change the shape of Singapore, and we will have a more caring and compassionate society."

During an exchange with WP Sengkang GRC candidate Jamus Lim at the debate, Dr Balakrishnan had said: "...It's almost a position where whatever line or stand the PAP has taken, you basically use that as your reference point and take a half step to the left."

Singh on Thursday pointed to questions the WP parliamentarians had asked about the corruption scandal involving Keppel Corp and fake news laws to draw the distinction between the parties.

"The proof of the pudding is in the eating. Did any PAP MP file any question on the Keppel Marine scandal? I think voters should think about that.

"Did any of them step up to consider the other alternatives to Bills like Pofma (Protection from Online Falsehoods and Manipulation Act)? I think these are the questions Singaporeans need to ask," he said.

A key plank of the WP campaign at the election is the argument that checks and balances in Parliament remain important even as Singapore faces a crisis.

Singh, alluding to the WP's motto of being a responsible opposition party that will provide constructive criticism, said that even though Singaporeans want opposition politicians in Parliament to scrutinise the People's Action Party, they are "very discerning as to the type of opposition they want".

"We've tried very hard to take that perspective on board and we have created a sort of culture within the party of an opposition that is credible. Not just locally but internationally as well, we're proud to stand as Singaporeans in spite of being the opposition," he added.

Asked about the plaudits Associate Professor Lim received for the performance at the debate, Singh said he "did credibly for the party", but that there was still a lot of work to do for the upcoming polls.

He added: "All our candidates have to work hard to serve people on the ground and in Parliament. It's more than just debates as well."

The praise for the WP Sengkang candidate, who had participated in a debate on CNA against Dr Balakrishnan, who was representing the PAP, as well as Singapore Democratic Party chief Chee Soon Juan and Progress Singapore Party candidate Francis Yuen, came amid criticism for the party's no-show at the Mandarin debate.

Singh apologised to voters and explained that the party did not have any candidate proficient enough to debate in the language.

He said that while the WP has members who are comfortable making speeches and communicating to residents in Mandarin, the "quality of the proficiency required to participate in a live debate is of a higher order".

He asked for the forbearance and understanding of the party's Mandarin-speaking supporters, adding that the party will continue to work hard to attract bicultural Singaporeans.

Party chairman Sylvia Lim later made similar remarks in Mandarin, asking voters to support the party so that more talented bicultural Singaporeans will step forward to join its ranks.

But they both emphasised that any candidates they field must also have a heart for public service.

Singh also pointed out that former party chief Low Thia Khiang himself had joined the party in the early 1980s because he felt that the Mandarin translations in the party's collaterals were not up to the mark and had wanted to help improve the quality.

"We hope more bicultural Singaporeans do so as well. That's really at the heart and soul of WP and we don't want to change."

The issue is a particularly sensitive one for the WP, which had gained a following among Mandarin-speaking Singaporeans under Low, a Teochew-speaking businessman who graduated from Nanyang University (Nantah).

It is said that part of Low's appeal in Hougang constituency, where he was first elected into Parliament in 1991, was his ability to connect with the large population of Teochew Singaporeans who were relocated there after the Government decided to clear out the pig farms that once occupied the area.

Some viewers had wondered if the party's decision signalled that it was pivoting away from its Mandarin-speaking supporter base.

On Thursday, Singh sought to dispel this notion, saying: "I'm very grateful for the support of our Mandarin-only speaking supporters, and I do have to apologise for the party not sending a representative to the Channel 8 debate yesterday."

He added that the party would send a representative to a dialogue organised by Lianhe Zaobao on Thursday.

Singh was also asked if the WP's Aljunied GRC team would take up the Non-Constituency MP spots if the team loses.

He said that it was too speculative to answer the question before the polls. - The Straits Times/Asia News 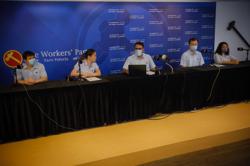 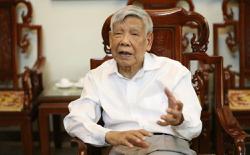 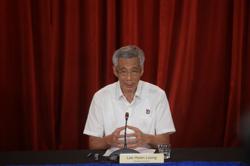 Singapore GE2020: PM Lee urges all to put aside differences to tackle Covid-19