A couple loading a bundle of the morning glory vegetable to market after their harvesting a flooded area following recent rain on the outskirts of Phnom Penh, Cambodia, on Monday (June 8). The morning glory is a popular vegetable in Cambodia, also known as water spinach. - AP

PHNOM PENH: Cambodian authorities have launched a case against one of their own after a military police officer in charge of an anti-drug squad was allegedly found with narcotics in his car, local media reported on Monday morning (June 8).

Chhun Somethea, head of an anti-drug trafficking office in the south-eastern province of Takeo, was expected to appear in a Phnom Penh court on Monday following his arrest in the capital last week, the Phnom Penh Post reported.

Somethea and Ken Chanry - a woman identified as his "lover" who will also face court - were detained at a petrol station after officers found 2 kilogrammes of methamphetamines in their car.

A further search of the military police officer's home uncovered 8 kilograms of marijuana and two guns, anti-drug department deputy director at the Interior Ministry In Song told the Post, which reported the pair had been arrested for "trafficking".

The arrests come amid a long-running drug crackdown in Cambodia that has seen more than 55,000 people arrested on suspicion of using or selling drugs since January 2017. 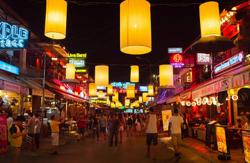