Fire breaks out in Bukit Aman

PETALING JAYA: A fire has broken out at the Police Headquarters in Bukit Aman.

Inspector-General of Police Secretariat assistant head (Corporate Communications) Asst Comm Datin Asmawati Ahmad said that the fire is believed to have originated on levels 9 and 10 of Menara 2, which is where the Criminal Investigation and Narcotics departments are located.

"As with any other fire incidents, bomba will investigate the cause of the fire. Definitely, no conclusion has been reached yet," said Asmawati. 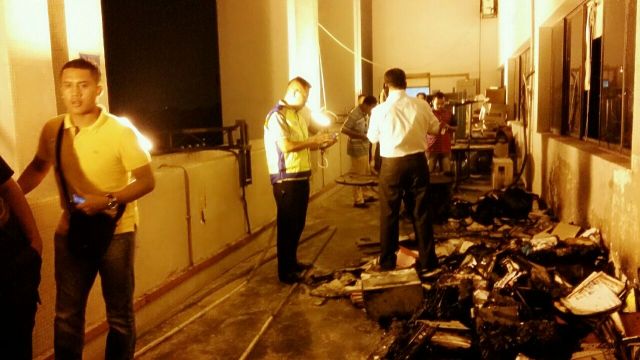 Police sieving through the damage done by the fire.

According to KL Fire and Rescue Department operations director Azizan Ismail, the department received a call about the fire at 7.20pm on Wednesday.

Twenty-four firemen were dispatched to the scene.

The blaze was brought under control by 7.47pm.