Bomba called in to remove metal ring from man's scrotum

KUALA LUMPUR: Hospital Kuala Lumpur (HKL) had more than their hands full after a man turned up at their emergency ward with a metal ring stuck around his scrotum.

Doctors had to call in the Fire and Rescue Department to assist them in removing the ring from the man's private parts.

KL Fire and Rescue Department operations director Azizan Ismail said officers received a call from HKL, requesting assistance to remove a ring stuck to a man's scrotum at about 3.45pm.

Officers arrived at about 4.20pm to give assistance and had to resort to industrial tools like pliers, and even a tongue depressor to hold his manhood in place as the delicate but awkard removal process proceeded.

"We tried to talk to him during the procedure but he was too embarrassed to speak. In my 29 years as a fireman, I've never seen such a situation before," said the officer who aided the operation.

The man was seen grimacing on the hospital bed as officers cut through the metal ring.

Officers successfully removed the ring at about 5pm. 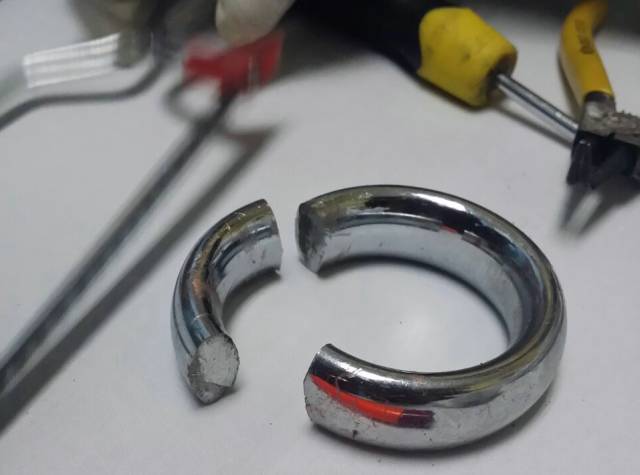