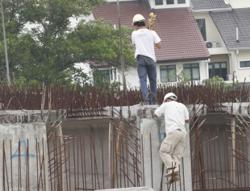 BALIK PULAU: The representatives of two construction companies were charged in a magistrate’s court here with two counts of causing death to one person and injury to four others in the collapse of the second Penang Bridge connecting ramp in June last year.

Cergas Murni is accused of failing to undertake safety measures during the construction works at the Batu Maung intersection, Package 3A of the Penang Second Bridge about 7pm on June 6 last year.

The collapse resulted in the death of former policeman, Tajudin Zainal Abidin and injuries to two civilians Thilasheni Rajendran, 25 and Gajashantini Gajanujan, 25.

Cergas Murni was charged under Section 17(1) of the Occupational Safety and Health Act (OSHA) 1994.

Meanwhile, Giga Engineering & Construction was accused of failing to ensure the safety of its workers during the construction of the bridge at the same time and place.

The collapse of a section of the Batu Maung Interchange also resulted in the injury of two foreign workers Slamet Toket and Tin Maung Lwin for which Giga Engineering & Construction was charged under Section 15(1) of the OSHA.

Both the charges are punishable by imprisonment of not more than two years or fine of up to RM50,000 or both, upon conviction.

Cergas Murni was represented by Sarita Ashuk Khandar, while Giga Engineering was not represented.

It was reported that the ramp collapsed and crushed a Kelisa, with a body, later identified as Tajudin, seen pinned to the dashboard. 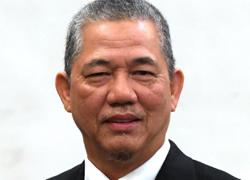