With cases of heart disease on the rise, maintaining healthy cholesterol levels is essential to battle the killer disease.

AROUND the 1920s, physicians across Britain and the United States began to notice an uncommon disease that was quickly becoming a leading cause of death.

This mysterious disease became increasingly commonplace in the decades leading to the 1950s, so much so that by the time the 1960s rolled around, a new generation of physicians was convinced that it had never been rare.

In retrospect, it seems that mankind has always been on the lookout for ways to fight heart diseases for as long as medical science has existed.

Today, heart disease continues to hound the modern-day man and woman. For many, it continues to be a health threat, and the common perception, true or otherwise, is that it can only be avoided by eating rabbit food and adopting a treadmill-pounding lifestyle.

More and more people are becoming aware of the consequences that follow an unhealthy lifestyle. Despite that, heart disease remains a constant facet of modern society.

Currently, heart disease is the number one killer of adults in many countries the world over.

Similarly, heart disease is also the leading cause of death in Malaysia, says Datin Dr Liew Yin Mei, medical director of the Heart Foundation of Malaysia.

In 2009, statistics from the Health Ministry estimated that one in four deaths in government hospitals was attributed to either heart attacks or strokes.

The most common cause is heart disease due to the narrowing or blockage of the coronary arteries – the blood vessels that supply blood to the heart.

This phenomenon is known as coronary artery disease (CAD), and it happens slowly over time. CAD accounts for the main reason why people have heart attacks.

Many Malaysians are doing themselves harm by regularly eating too much and exercising too little, although it is a given that eating is something of a national pasttime here.

Current findings by the ministry also revealed that two in every five adults are either overweight or obese, making Malaysians the fattest folks in South-East Asia.

Unfortunately, being overweight or obese increases one’s risk of developing heart diseases, type 2 diabetes and cancer. Despite these factors, some 75% of Malaysians never exercise at all, statistics indicate.

While many people think of heart disease as generally a man’s problem, women do get heart disease as well. In fact, the illness is currently the number one killer of women in North America. It is also the leading cause of disability in women.

In Malaysia, one in four women die of a heart attack, a trend that has remained consistent over the last decade. The total number of deaths from heart disease is reportedly 2.5 times higher than that of all types of cancers combined.

The older a woman gets, the more likely she is to get heart disease, especially during the menopause.

Maintaining a healthy diet is essential in combating heart disease as having high cholesterol levels is a precursor to heart disease, says Dr Liew.

“About 35% of Malaysian adults have high cholesterol,” she says. 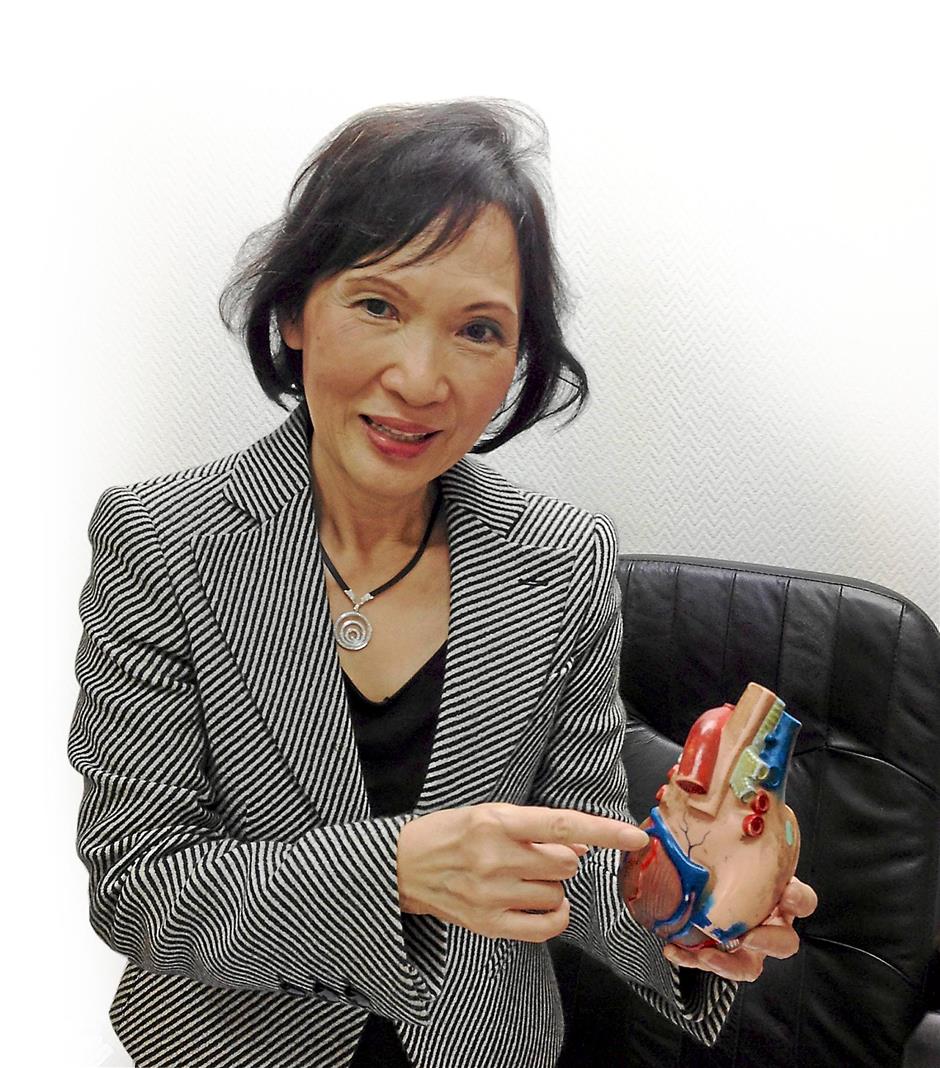 Maintaining a healthy diet is essential to staying healthy as having high cholesterol levels is a precursor to heart disease, says Dr Liew.

“A lot of our local dishes contain a copious amount of oil and coconut milk, and they tend to be fried. All that can contribute to high cholesterol levels. Try to avoid these dishes or substitute these ingredients with healthier, low-fat alternatives,” she advises.

The good news is, there has been an increased awareness of heart disease on the local front, especially in urban areas, says Dr Liew. However, more effort still needs to be carried out to educate rural communities on the dangers of leading an unhealthy lifestyle. Problems such as being overweight and obese tend to be more common in rural communities, she says.

Dr Liew adds that it is important to establish healthy eating habits in children from young. “If we inculcate these habits in children, then they will grow up to be more health-conscious adults, and hopefully, they will set a better example for the future generation.”

In response to the growing rates of heart disease here, she says: “We only have one heart. It is the powerhouse, the centre, and the battery of the human body. You can lose an eye, a limb, but once you ‘lose’ your heart, you’re gone.”

You can learn more about heart disease and the Heart Foundation of Malaysia at yjm.org.my.

Newly discovered gene can rewind your heart's biological age
From tyre to tummy: Tyre microplastics absorbed by lettuce roots
The link between sexual and bladder health for women
Exercises that can help you channel your inner bunny
Injecting stem cells to treat this inherited cause of blindness
Dealing with fatty liver disease through your diet
Here's how to allergy-proof your home
This artificial pancreas could automate insulin delivery for diabetics
Simple ways to eat healthy this Chinese New Year
A simple and cheap injection reduces risk of cerebral palsy significantly