RM1.5bil jobs for Balingian power plant to be tendered out

KUCHING: Sarawak Energy Bhd (SEB), which is seeing rising demand for electricity for its Sarawak Corridor of Renewable Energy (SCORE), will call for tenders for the remaining six packages of work for the 600-MW Balingian coal-fired power plant project in the Mukah division.

The plant, which is estimated to cost more than RM3bil overall, will open to international and local companies, among others, the jobs to build a 275kV substation, 275kV overhead transmission lines, the administration and ancillary buildings, operator’s village and an ash pond.

So far three packages worth RM1.67bil have been awarded for the 2x300-MW Balingian power plant, leaving jobs estimated to be worth more than RM1.5bil left.

According to SEB’s corporate communications manager Ahadiah Zamhari, the last six packages would be tendered out in stages.

She also said that about 45% of the jobs from the entire project were undertaken by local contractors.

Last month, SEB awarded the key contract for the coal-fired power plant to Shanghai Electric Group Co Ltd (SEC). The contract worth RM1.5bil to build the plant was given to the Chinese company, which has over 20 years’ experience in electrical equipment manufacturing.

SEC has undertaken power plant projects on an engineering, procurement and construction basis, both in China and abroad.

as a sub-contractor to undertake power island engineering, procurement and construction works for RM493mil. The 40-month contract will commence on Nov 28 for completion on March 27, 2018.

The other two packages tied to the Balingian power plant project that have been awarded are the project site earthworks (RM98.8mil) and upgrading of a 23km long access road (RM75.5mil). The earthworks are expected to be completed in early 2016.

“The access road upgrading package is divided into two phases for completion by end 2015 and mid 2016,” Ahadiah said.

According to SEB, the Balingian plant would be the first coal-fired plant with a circulating fludized bed (CFB) boiler of that capacity in Malaysia. As compared with conventional pulverised coal (PC) boiler technology, a CFB boiler has the ability to handle a wide range of coal designs, including high moisture coal which is commonly found in Balingian, to ensure total utilisation of the resource. This will significantly improve the plant’s environment footprint.

“The CFB boiler is approximately 1.2% higher in plant efficiency as compared with the PC boiler with fan mills and flue-gas desulfurisation,” said Ahadiah.

The new plant will utilise the abundant indigenous coal resources found in the Mukah-Balingian belt, which has estimated reserves of 550 million tonnes.

When fully operational, the Balingian plant is expected to consume 5.2 million tonnes of coal per year, according to the project’s detailed environmental impact assessment report.

Once commissioned, the Balingian plant, according to SEB chief executive officer Datuk Torstein Dale Sjotveit, would help to enhance the state’s grid system to meet the rising power demand from industries in SCORE.

With adequate and stable power supply put in place, he said this would enable SEB to convince more foreign investors to relocate their manufacturing facilities to Sarawak, especially in Samalaju Industrial Park, Bintulu, which caters to energy-intensive industries like aluminium and manganese smelters.

The authorities have approved 15 projects with a total proposed investment of RM27.6mil for Samalaju Industrial Park. Already in commercial production are Press Metal Bhd

SEB has committed the entire power output from the 2,400-MW Bakun hydroelectric dam, which it purchases from the Federal Government-owned Sarawak Hidro Sdn Bhd, and a major portion of the power to be generated from the 944-MW Murun hydroelectric dam to the industries in Samalaju Industrial Park.

According to SEB’s projections, Sarawak’s total power demand would increase to more than 5,000 MW by 2020 when more industries in Samalaju Industrial Park start their commercial production. By then, the state-owned utility body’s generation capacity mix is expected to comprise 60% hydro, 20% coal and 20% gas.

By 2025, industries in SCORE are expected to consume at least 6,000 MW, while residential, retail and commercial customers in Sarawak would require 2,000 MW.

Besides catering to Sarawak’s needs, SEB is scheduled to commence exporting electricity to west Kalimantan, Indonesia, early next year. It also plans to sell electricity to neighbouring Sabah and Brunei Darulsalam when major hydro dams in northern Sarawak are built.

At the recent Power-Gen Asia conference in Kuala Lumpur, Sjotveit said SEB aimed to be the key energy provider in the much-anticipated Asean Power Grid. 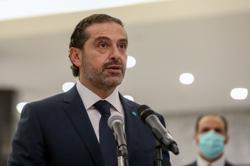